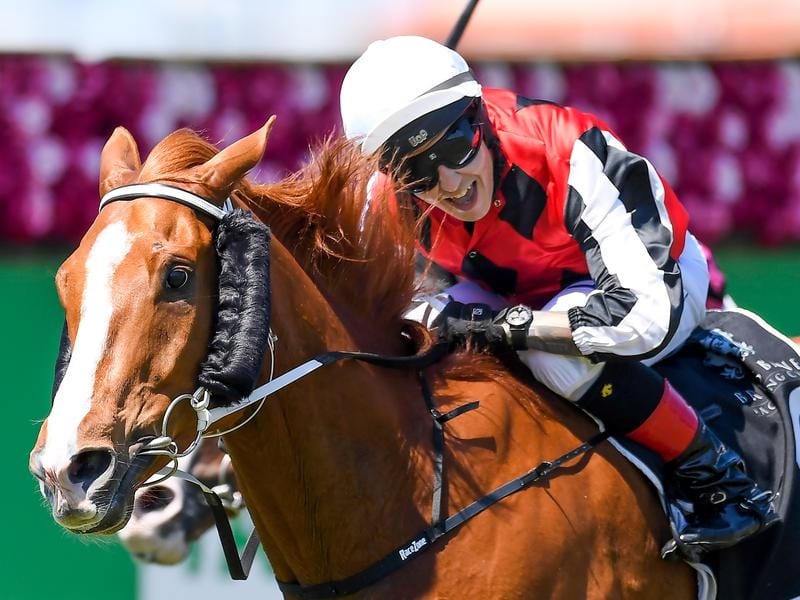 Giant gelding Fighting Teo is one of the most improved gallopers in Queensland but he will be tested when he faces a turnaround in the weights against key rivals at Doomben.

At his last start, Fighting Teo easily beat Kubis with Alward third in an open handicap at Eagle Farm over 1800m.

Fighting Teo takes on Kubis and Alward again in the Ascot Green Handicap (2000m) but meets them worse at the weights.

After carrying 54kg last start, Fighting Teo rises to 57kg and meets Kubis, who has 59kg and Alward with 57kg, worse at the weights.

Fighting Teo is one of the biggest horses in work and trainer Kevin Kemp has no worries about the gelding handling the weight.

“My horse is having his third run back from a spell while the other two have been racing for a while,” he said.

“But we have had this race scheduled right from the time he came back into work and we will see how it pans out.

Kemp is keen to take Fighting Teo interstate but he is yet to decide whether it will be Sydney or Melbourne.

Luke Tarrant will again ride Fighting Teo after Kemp dismissed any notion of using an apprentice.

“Luke gets the best out of him and Fighting Teo isn’t really a kid’s horse,” he said.

Likewise, trainer Robert Heathcote has stuck with senior rider Dale Smith on Kubis who can be tricky to ride.