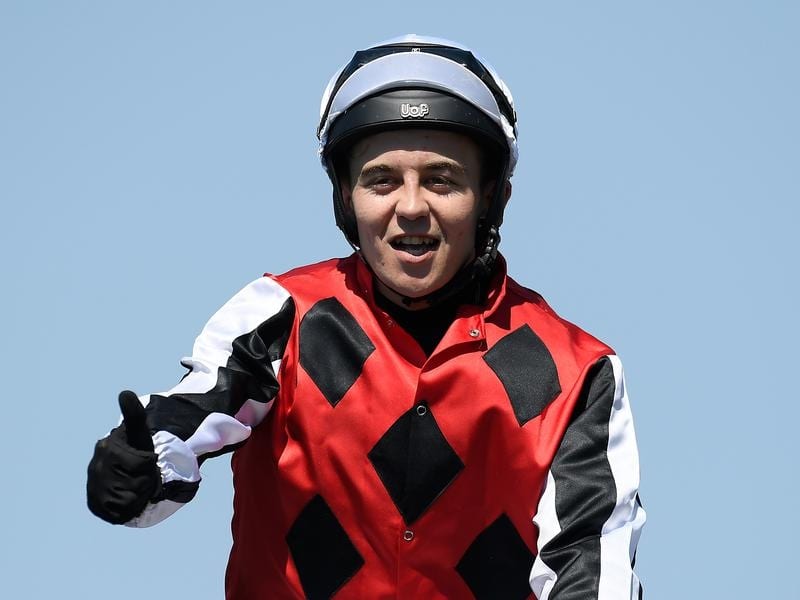 Tarrant, who rode a double at the Sunshine on Friday night, gave Fighting Teo ($3.90) the run of the race just behind the pace before coming away to win by 1-1/4 lengths to Kubis ($4) in the Austrans Handicap (1815m).

Fighting Teo is one of the biggest horses in work in Queensland but Kemp said he had come to hand quickly this preparation.

Kemp said Fighting Teo would have his next start in a fortnight over 2000m but after that there were a lot of options.

“I spelled him after he ran third in the Ipswich Cup (in June) but he is one of those horses who are virtually ready to race when they come back from a break,” Kemp said.

“When he was a younger horse he was a bit of a boofhead but as he has got older he has really taken to racing. We took him to Sydney last year and he ran second.

“I think we will look at doing that again. Maybe a race like the Christmas Cup or the Summer Cup. Who knows, maybe even Melbourne.

“But in the long-term we are looking at the next winter carnival and races like the Caloundra Cup.”

Tarrant has only just returned to riding after being stood down by stewards after a Magistrates Court appearance on drug charges in early August.

He was allowed to return to riding under strict conditions three weeks ago and has now ridden five winners.

“I just want to thank Mr Kemp for sticking with me. I get on well with Fighting Teo and he can win a better race,” Tarrant said.

Trainer Kelly Schweida will think about the $2 million Magic Millions Guineas in January after his filly Cellarmaid ($2.50) charged home to win the Superior Pak Handicap (1600m).

“I went to the Magic Millions Tasmanian sales to get her and it looks well worthwhile,” Schweida said.