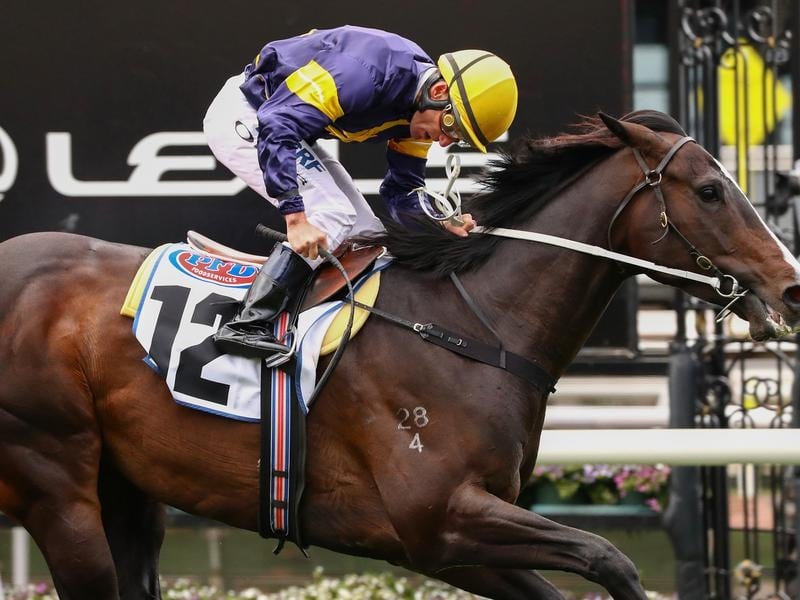 After discussions with jockey Damien Oliver and Grunt’s owners, trainer Mick Price plans to keep the Makybe Diva Stakes winner to a weight-for-age program this spring.

Price had considered aiming Grunt at the Cups after Saturday’s Group One win at Flemington but the trainer confirmed on RSN927 on Monday the intention to head towards the Cox Plate.

“I haven’t had a really good feel on which way we should be going,” Price told RSN927.

“Obviously there’s two different paths. I think that the path we’re going to take sets him up probably for the autumn more so, but they are all Group Ones and obviously we go through the Cox Plate.

“Damien just made a comment that he didn’t think an 18-horse handicap, charging down the straight at Caulfield in a Caulfield Cup would suit him, and then the Melbourne Cup.

“I think it puts the horse at a little bit of risk. I was in two minds. Anyway the path we’ve chosen is still four (more) runs and it’s every two weeks.”

“But at this stage I’ve spoken to all the owners and at the end of the day we have to make a decision, so that’s our decision.”

Grunt is expected to be taken to Moonee Valley at least a couple of times for gallops ahead of the Cox Plate.

“There’s not much I can do about that.”

Winx is the $1.30 favourite to win her fourth Cox Plate while Grunt shares the second line of betting with Humidor at $15.