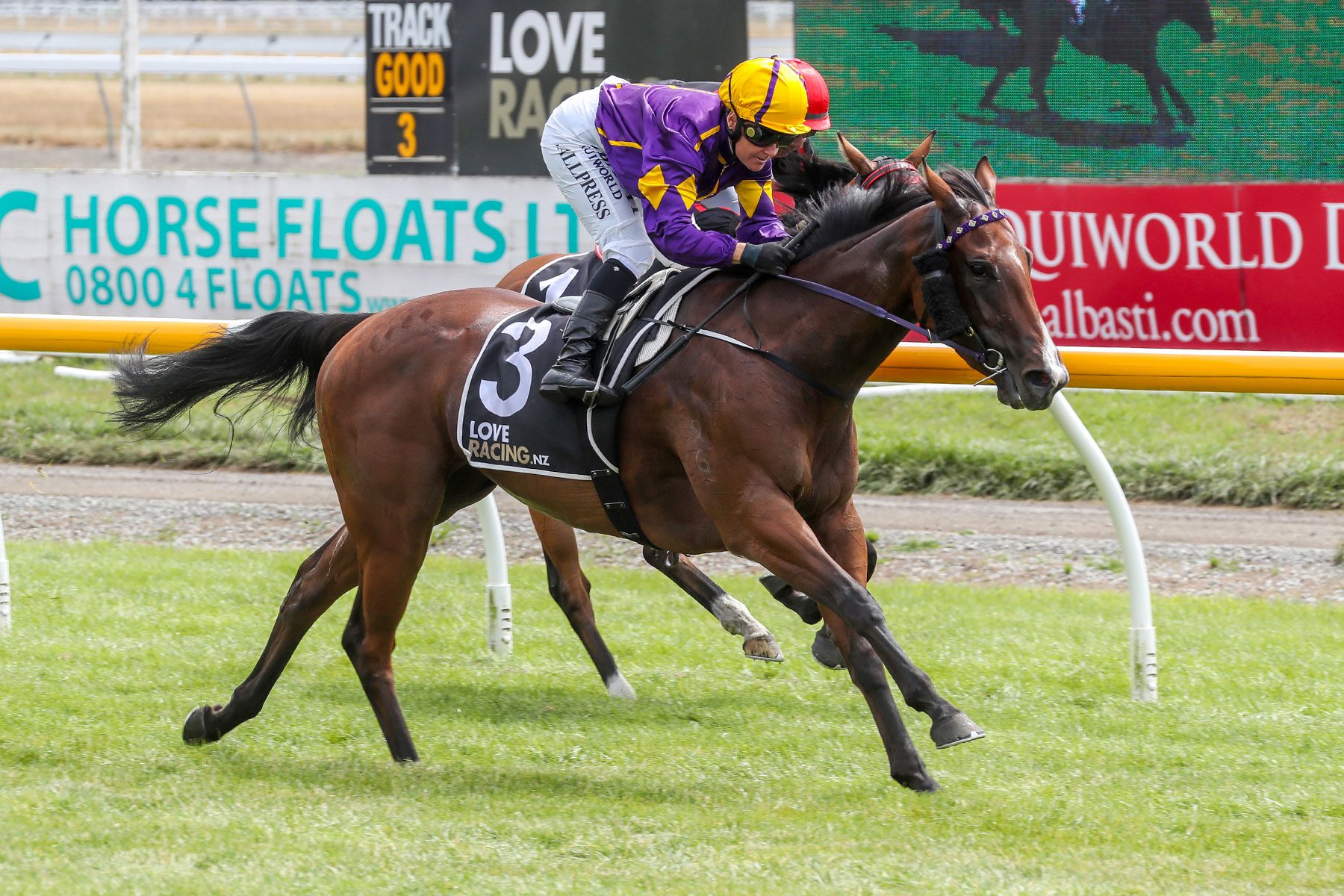 A factor out of Lance Robinson’s control is his major concern ahead of the stable’s two-pronged attack on Saturday’s feature sprint on his home track at Riccarton.

Robinson has Live Drama and Khimar War in prime order for the Listed Donaldson Brown Pegasus Stakes (1000m), but both of his short course specialists have been saddled with 60kg.

“I feel they have been very harshly treated in the handicap. I can’t work out the handicapping system, but that aside, I am very happy with them,” he said.

The stablemates will be second-up into the Pegasus after they went head-to-head when resuming last month with Live Drama finishing third and Khimar War fourth. They both carried 61kg on that occasion.

“They went terrific at Ashburton and both of them have really come on since so I couldn’t be happier with the pair,” Robinson said.

The winner of six of her 15 starts, Live Drama is a course and distance winner on her home turf and will be ridden by Tina Comignaghi, who has won twice aboard the Ghibellines mare.

Khimar War is also a multiple winner at Riccarton and with similar profiles, Robinson couldn’t put one above the other when assessing their chances on Saturday.

“It’s very difficult to split them, I’ll take it either way and I’m sure they will both run well. It’s just where they are in the handicap that is going to make it pretty hard,” he said.

As long as the stablemates come through Saturday’s race well, the intention is for them go around again in Wednesday’s Group 3 Lindauer Stewards’ Stakes Handicap (1200m).

“Both horses are really well and they will back up and run in the Stewards to have two cracks at black-type races. That has always been the plan,” Robinson said.

He will also be represented by Burnvue in the Blue Star Taxis Premier (1600m) and Khitan Warrior in the NZB Ready To Run Sale Trainers’ Series Premier (1200m).

Burnvue has been in fine touch this preparation with a maiden victory and three runner-up finishes from four outings.

“He has done nothing wrong and is in great form and his work has been terrific. I’m happy with him too, very pleased with the way he’s going,” Robinson said.

Khitan Warrior hasn’t raced since July, but has had the benefit of a lead-up trial and has placed three times in a fresh state.

“He can be a bit hot and cold, but on his day he’s competitive and I’ve also been happy with him,” Robinson said.