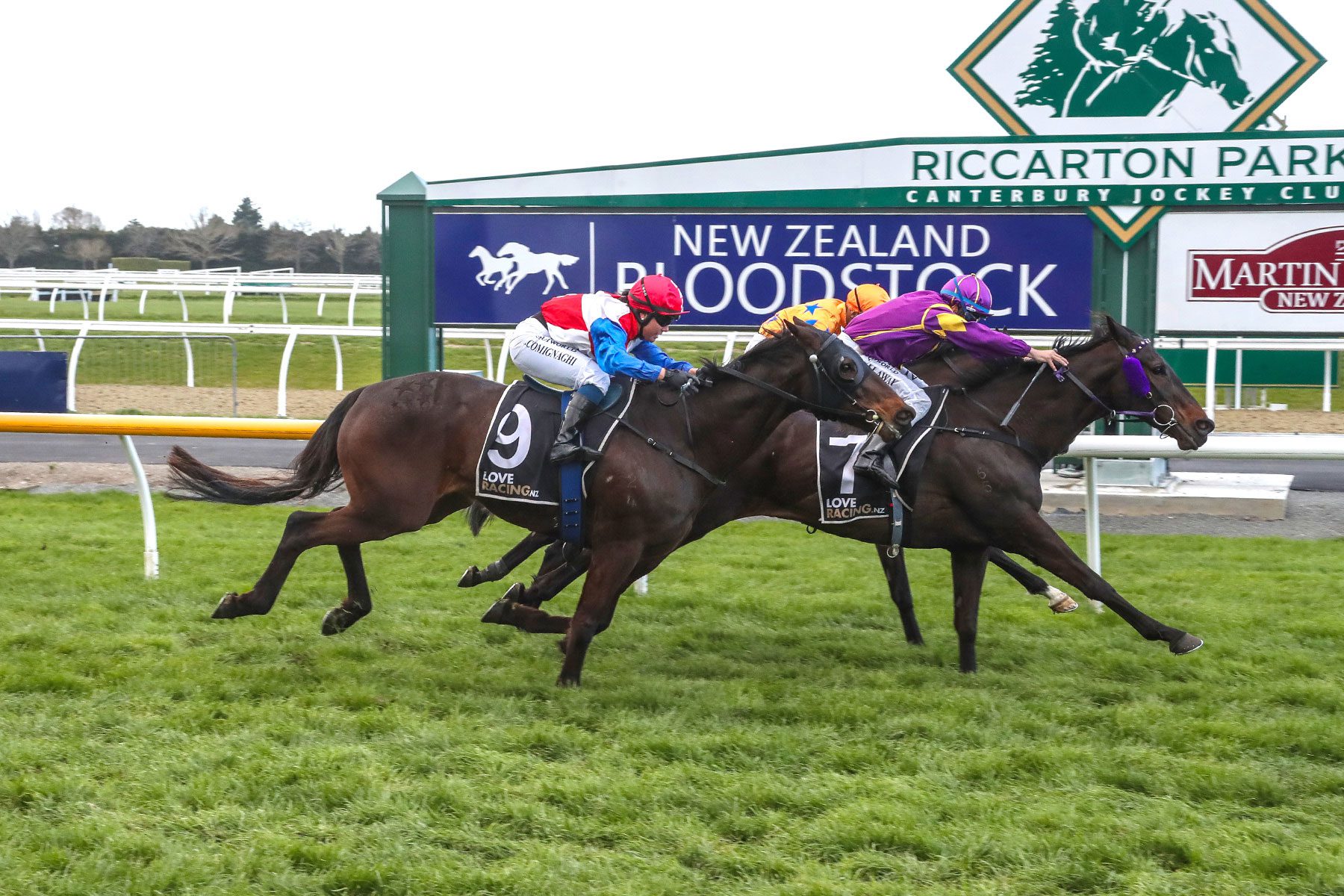 The seven-year-old is instead being set for the Group 3 Coupland’s Bakeries Mile (1600m) on November 9 as Robinson doesn’t think he’ll be ready to run 3200m.

“I’m sure he’ll run a staying distance in time, but I think it’s a year too early for him, even though he’s seven,” Robinson said.

“He’s been very competitive at 1600m and 1800m and the Coupland’s Mile is a good money race so I think if he’s ever going to have a crack at it, it’s this year.”

Robinson said he’d always had a high opinion of Burnvue but it became apparent he would need time and he didn’t have his first raceday start until nearly two years ago.

Start number two didn’t happen until August of last year, but the patient approach paid off as he broke maiden status on September 18 of last year.

However, it’s been this campaign that has really brought out the best in Burnvue, and his victory at Riccarton on Saturday was his fourth in his last six starts.

“Right from day one he was always putting his hand up. All the way through I’ve thought he was a pretty smart horse in the making, but he was always a big weak horse and he had a few shin problems early on in his career, which held him up a little bit,” Robinson said.

“We’re just lucky that we had a very patient owner, Doug Gollan, who was prepared to give him the time that he needed. If he’d been pushed earlier he probably wouldn’t be where he’s at now.”

Robinson said it’s likely Burnvue will have one more race before the Coupland’s Mile, possibly at Ashburton on October 15.

Burnvue hasn’t really been tested on firm footing, but Riccarton in November usually had some rain around.

The New Zealand Cup Trial may still produce a Cup runner for Robinson in Jack Knows Best, who fought strongly to the line to take fourth place.

“He won a 2000m race at the Cup carnival last year and we’ve really looked after him since then with the plan of trying to get him into the New Zealand Cup this year,” he said.

“His run second-up on Saturday was terrific and he’s coming up super.”

Jack Knows Best is likely to run in a couple of 2000m races leading up to the Cup carnival and then start in the Listed Metropolitan Trophy (2500m) at Riccarton on November 5, a week before the New Zealand Cup.

“If he happened to measure up in that race, we will look seriously at the New Zealand Cup. If not, there’s other options apart from that,” Robinson said.

Burnvue may not be Robinson’s only Coupland’s Mile starter as he also hopes to get Khimar War, sixth in the open 1200m event at Riccarton on Saturday, to the Wednesday feature at the Cup carnival.

Live Drama finished ninth in the race Khimar War contested on Saturday but it was her first start for the season and she was hampered by a riderless horse 200m after the start.

“Forget that run, she’ll improve a hell of a lot out of that run,” Robinson said.

Burnvue was one of two winners for Robinson on the Riccarton card, with the promising mare Avaquinella scoring a decisive 1.5 length victory in a Rating 75 1400m event in the hands of Tina Comignaghi.

“Tina’s ridden her all the way through and has always said she’s a good mare, and Tina’s been right so far,” Robinson said.

“She’s also taken a bit of time but I really think a lot of her.”

Robinson has had a fantastic start to the 2022-23 season. He’s already prepared seven winners, just under half of the total of 15 that his team achieved for the entire 2021-22 season.

“We’ve got a lovely team of horses around us and a lot of nice young ones around us,” he said.

“We’re really thrilled about where we’re at, especially heading into the Cup week, which is what we target every year.”