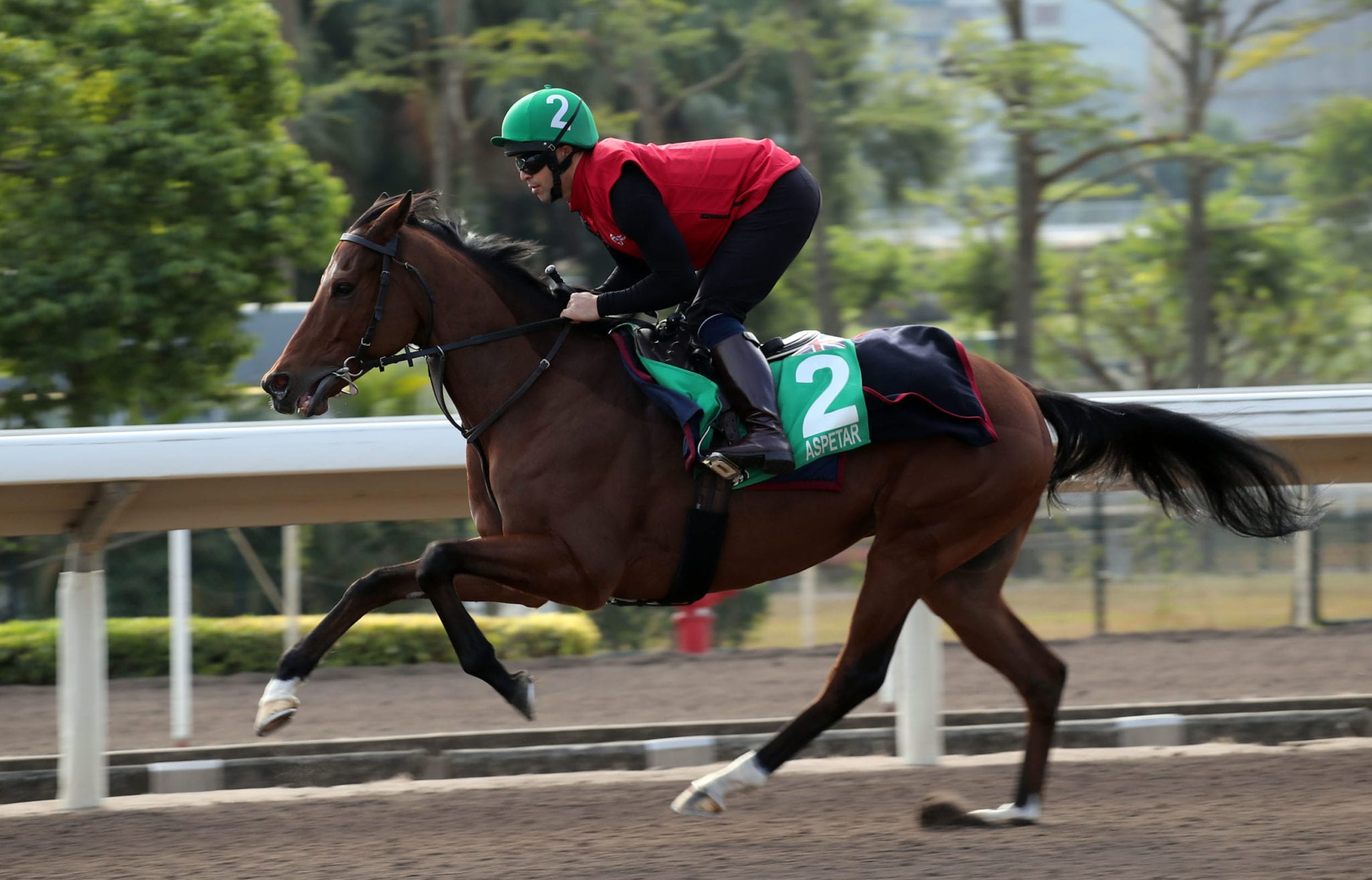 He is referring to his role as stable jockey to Aspetar’s trainer Roger Charlton – custodian of consistently one of Britain’s top stables – and also to the fact that this weekend he will compete against some of the world’s top horses and jockeys on one of the world’s great race days.

But those who have seen his increasing number of superlative rides would be less surprised at the status Jason Watson has so swiftly attained.

Of course, it hasn’t been easy, not at all easy, but Watson says of 2018 when he came from nowhere to become Britain’s champion apprentice: “At the time I just got on and did it, but looking back now I’m not quite sure how.”

He is referring to a work day that would begin by riding out when most people are still asleep, then tearing up and down the country (it was in a battered VW Polo then, now a Mercedes, complete usually with a driver) in a hectic pursuit of the next winner, riding for 55 different stables that year. One can only imagine what organisation and energy were required by a young man when a good number of his peers would have been getting from one classroom to the next.

But as he says: “I think I’m quite organised,” adding, “I’m also quite stubborn and vain! I set myself high standards and when you’re not reaching them you kick yourself.”

Stubborness and vanity must have been vital – for example – when he recalls the 200-day gap between his first and second winner, plus a struggle with his weight as an apprentice with his claiming allowance.

Then, back in January and barely having started the big role for Charlton, he was riding at Kempton when his mount stumbled, catapulting him at 30 mph to the all-weather surface and resulting in four fractured vertebrae and a three month’s absence from his passion of race riding and race winning.

That passion developed from around the age of six when his parents, who were not connected to racing – his father being a postman – encouraged him and his sister to learn to ride. Fortuitously, his riding instructor just happened to be being an ex-jockey, Ray Goldstein.

Moore to begin with

Born in Brighton on the South Coast of England, he was home schooled from 13 but horses and racing were what mattered, with Ryan Moore fast becoming Watson’s role model. Appropriate then that his first job and first winner came from Ryan’s trainer father Gary Moore.

But the real lift came when he joined Andrew Balding’s stable, a place where many a top jockey – including William Buick and Oisin Murphy – kick started their careers.
Watson says: “It was close to a weighing room scene with about five other apprentices also there. It was very competitive and put you in the right frame of mind. To succeed you had to be determined and driven. There was no other option.”

He embraced those attributes, unashamedly: “You can ask my parents, I always had my career mapped out and becoming champion apprentice was part of that.”

Coached by Prix de l’Arc de Triomphe-winning jockey John Reid, he started to get known as a ‘Saturday’ jockey, in other words a jockey capable of winning on the big days, not to mention a terrific 111-winner tally for the calendar year of 2018.

This all led relentlessly to the connection with Charlton and both trainer and jockey enjoy the story that the deal was virtually sewn up before the two had ever met.

Over breakfast at Sha Tin this week Charlton was as full of praise for the jockey as the jockey is for the trainer.

“Jason positions himself well in races, gives good feedback and he’s very mature for someone of his age with the success not going to his head,” he says. “I had to persuade some of our big owners but confidence from a stable is crucial for a jockey.”

And with that confidence, Watson was wearing the famous Khalid Abdullah silks for all three starts this year of the potentially brilliant two-year-old filly Quadrilateral, most recently when guiding her to Group 1 victory in the Fillies’ Mile at Newmarket in October, having bagged Cologne’s Group 1 Preis von Europa on Aspetar the previous month.

Watson is well aware of the success that another role model – Britain’s recently anointed 2019 champion jockey Oisin Murphy – is having in Asia, including last month’s Japan Cup win aboard Suave Richard, and sounds distinctly as though he wants to be part of that action, especially Hong Kong.

“It’s always been a place I’ve wanted to go, and maybe ride for a season one day. I’m really excited to be part of Sunday,” he says.

Aspetar will be an outsider but given another reputation Watson has earned – winning on his first ride in a new country including France, Germany and Italy – maybe the gelding shouldn’t be ignored.

Words from the rising star jockey – who arrived in Hong Kong on Friday fresh from gaining plenty of new fans after riding three winners in Mauritius last weekend – are also positive: “Aspetar is a horse that you can’t always predict but if he’s right on the day he’s might be hard to beat.”