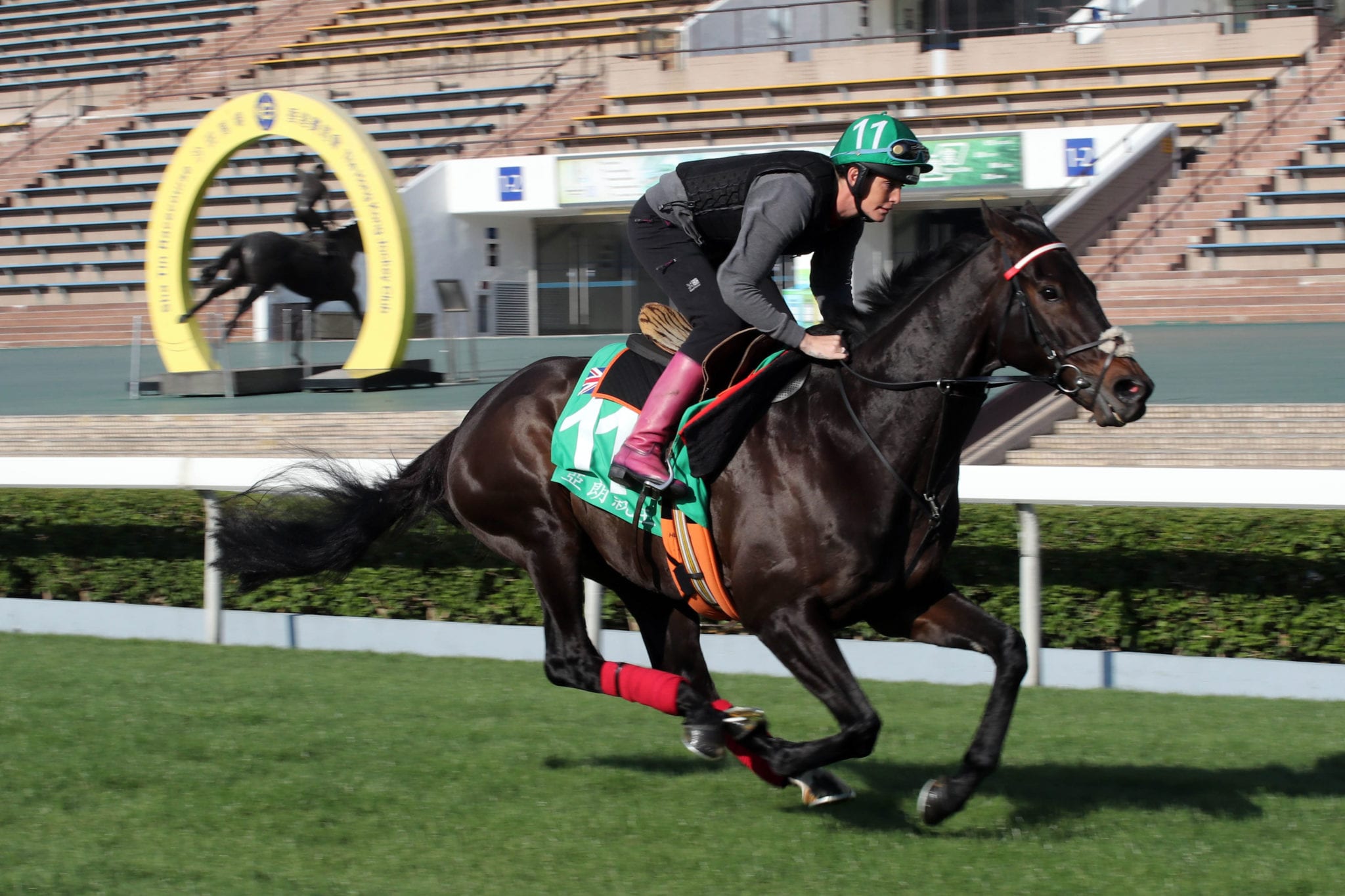 Charlie Fellowes has a charm and approachability that is probably nudging Group 1 class but talking to Prince Of Arran’s trainer one continually gets the impression of restless ambition and his comments regarding Sunday’s (8 December) Group 1 LONGINES Hong Kong Vase (2400m) start to illustrate this.

“We have unfinished business in Hong Kong,” the 33-year-old Newmarket trainer declared firmly.

The “unfinished business” concerns Prince Of Arran’s eighth placing in last year’s race, having arrived off a fantastic third in the Group 1 Melbourne Cup. Another memorable Flemington performance last month saw the powerful bay gelding finish even closer in Australia’s greatest race, a narrow third to Vow And Declare that turned into second after the dramatic demotion of Frankie Dettori’s mount Master Of Reality.

“I told everyone at Sha Tin last December that Prince Of Arran was in even better shape than he had been in Australia but he got gate 14 and nothing went right for him. Actually I think he still ran a huge race, all things considered,” he said.

This year Fellowes wants a helping hand to come his way at Thursday’s Barrier Draw ceremony: “I wouldn’t want to be right on the inside but three to seven would be ideal. Our horse doesn’t want to lead but he wants to be close up. That is how he likes to race.”

Prince Of Arran moved into Fellowes’ stable not long after the trainer had himself become licensed and he was named shortly before his first race, following a holiday visit of his owner-breeder Saeed Bel Obaida to the beautiful Scottish island of Arran.

The horse didn’t show anything special early but has developed into the type of racehorse that according to Fellowes you might have to wait 20 years to find, with his money-spinning quality being revealed abroad rather than at home.

“He is a highly intelligent horse and seems to find travelling very stimulating so it keeps him fresh. Also I think that intelligence means that he only does as much as he has to – all his wins have been by narrow margins – so you never really get to the bottom of him and that also implies that he can last longer as a racehorse,” the handler said.

The six-year-old bay gelding’s only three wins in Britain have been in relatively insignificant events on Kempton’s all-weather track. Compare that with his adventures abroad when besides his two cracking Melbourne Cup performances he has been placed in a Group 2 at Belmont on his only US start, won and been placed in valuable events at Meydan, and has twice won Group 3’s in Australia.

The latest of those came en route to this year’s Melbourne Cup in October’s Geelong Cup over the same 2400m distance of the Hong Kong Vase. The racecourse presenter got pretty excited afterwards, announcing: “Prince Of Arran loves it here in Australia. We’ve adopted him as one of our own!” Not as excited perhaps as Fellowes’ travelling head groom Natasha Eaton who has accompanied the horse around the world and said: “I would die for this horse! He is so spoilt but he deserves it!”

Jockey Michael Walker who will resume his partnership with Prince Of Arran at Sha Tin on Sunday emphasised another crucial quality of the horse after he had fended off the late surge of re-opposing Irish mare True Self at Geelong.

“He’s got a heart bigger than anyone here today,” he said.

Fellowes, who watched that win on TV from the other side of the world, grew up near Newmarket but comes from a farming rather than a racing background. Initially he had to be “dragged” along to the races but once the bug hit, it hit hard and by the time he left university, every career other than racehorse trainer had been ruled out.

The five years as assistant trainer to Newmarket-based James Fanshawe is where his learning curve matured but becoming the boss brings its own challenges and, although his very first runner was a winner, Fellowes admits that he does “cringe” when recalling some of the things he did in his first year as a trainer.

Cringe or not, things have been going in the right direction ever since including a first Royal Ascot victory with Thanks Be in the Sandringham Stakes in June. That win came soon after a geographical shift which Fellowes hopes will take him to the top table, if not this year then soon.

That was the purchase of Bedford House Stables, a near 200-year-old yard updated with 21st century facilities by former trainer Luca Cumani, who sent out endless top class winners from there. That list included two winners of the Derby at Epsom as well as Falbrav who concluded his career in scintillating winning style under Frankie Dettori in the 2003 Hong Kong Cup at Sha Tin.

Fellowes admits that despite record money earnings for the stable this year expenses linked to the purchase have meant that “my bank balance isn’t too good at the moment!” However, he recognises how lucky he is: “I have one of the best positions in the best racing town in the world and hopefully this signals to the big owners in this country and abroad that we really mean business.”

Meanwhile, the trainer reckons that he will go into battle in the next British racing season with around 75 horses.

“I want quality over quantity and Bedford House lends itself perfectly to that ambition,” Fellowes said.

Keen to pay huge tribute to his staff and recognise that the stable is a team, he also says that because this sport is an all-encompassing lifestyle it is important to have other interests especially as many of his friends come from outside of racing. Playing golf, supporting Nottingham Forest FC and cooking are all high on that list.

But on Sunday it will be all about racing and the hope in the Fellowes camp will be that this year will replicate 2011 when Europeans Dunaden and Red Cadeaux – first and second in the Melbourne Cup – repeated those fabulous performances 7,500 km away in Hong Kong the following month when first and third in the Vase.