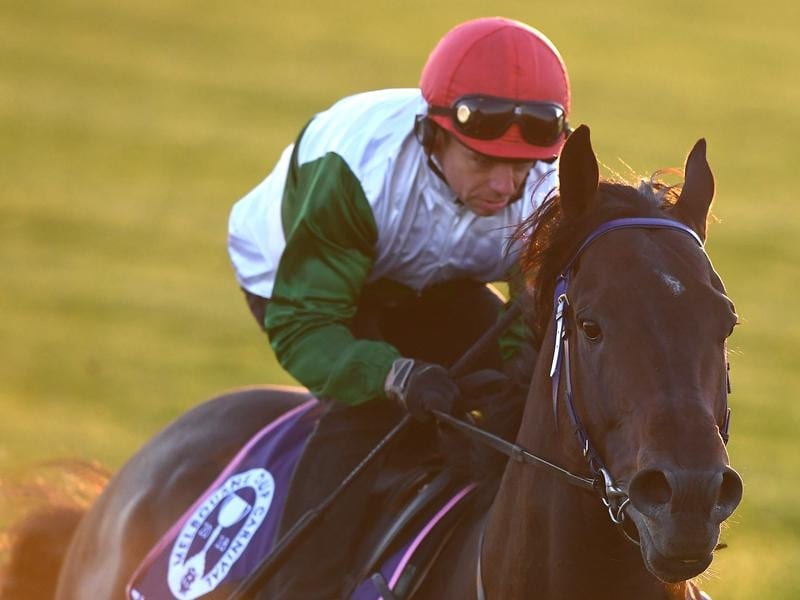 Australian racing has lost one of its best staying prospects with the sale of Thinkin’ Big to Hong Kong.

In the latest high-profile deal involving an Australian Group One-performed three-year-old, Thinkin’ Big will race out of the leading Hong Kong stable of Frankie Lor.

Thinkin’ Big will head to the Asian racing hub with a record of four wins from seven starts for Sydney co-trainers Gai Waterhouse and Adrian Bott.

He won twice at Group Three level and was placed in the Group One Spring Champion Stakes at Randwick, collecting almost $500,000 in prize money.

On the strength of that form, Thinkin’ Big started favourite in the Victoria Derby but couldn’t run on in finishing worse than midfield.

Bott confirmed the sale for an undisclosed, but substantial sum.

“He’d certainly been on people’s radar for a while throughout his campaign,” Bott told Sky Sports Radio.

“The owner held off as long as he could but the waves (of offers) just kept coming and it became just a little bit too difficult in the end to say no.

“When you are talking those sorts of figures they are substantial amounts.

“It’s certainly not an easy call to make but we are talking a lot of money here.”

Thinkin’ Big will join a host of promising Australian talent that has been sold to Hong Kong in the past few seasons.

The most successful has been two-time Hong Kong Mile winner Beauty Generation, runner-up in the 2016 Rosehill Guineas when racing as Montaigne out of the Anthony Cummings stable.

“It’s always tough to lose a horse of that quality,” Bott said.

“We only got to see the early makings of him in one preparation and I’m sure he will do well.”

Thinkin’ Big was on a Melbourne Cup path until his Victoria Derby failure and he has been bought for the express purpose of winning the Hong Kong Derby.

Unlike Australia where a Derby is for three-year-olds, the Hong Kong equivalent is for four-year-olds.

Chinese owners covet the race above all others in Hong Kong.

Authorities are well aware of the impact the Asian cash splurge is having on Australian racing.

A new race exclusively for four-year-olds, the $7.5 million Golden Eagle, will be introduced to the Sydney calendar next year.

It’s a move Racing NSW hopes in part will help stem the flow of quality bloodstock to Asia.