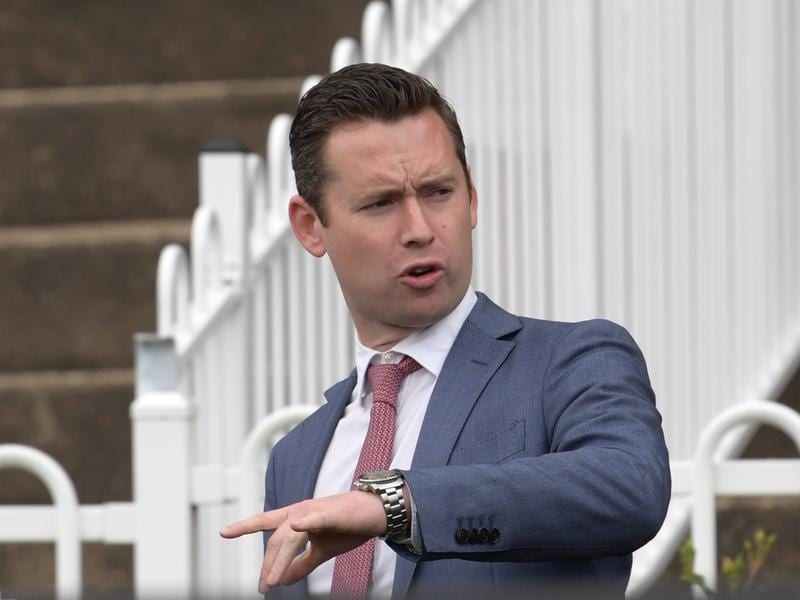 The Gai Waterhouse and Adrian Bott stable has already two juvenile winners in Victoria this season and Not A Royal Doubt could add her name to the list in the Magic Millions 2YO Clockwise Classic at Ballarat.

Not A Royal Doubt makes her debut in Saturday’s $200,000 race over 1000m, run in the clockwise direction which is opposite to the usual way of going for Victorian racing and Bott said the timing of the race was right for the filly to kick-off her career.

“She’s ready to go to the races. She has done everything right and hasn’t missed a beat this preparation,” Bott said.

“Obviously we would love to get her up to the Magic Millions at the Gold Coast in January, that would be the logical next step after this.

“We’ve had success travelling our two-year-olds down to Melbourne this year and previously, so this is something that we thought would be suitable for her.”

Already this season co-trainers Waterhouse and Bott have produced two-year-old fillies Espaaniyah and Vinicunca to win the Inglis Banner at Moonee Valley and the Group Three Maribyrnong Plate at Flemington respectively.

Not A Royal Doubt won a Randwick barrier trial on October 30, beating subsequent Rosehill debut winner Kiamichi, and Bott said there were plenty of good points to take out of that performance.

“She went into the trial with improvement there and she has done well since then and has had a bit of time to settle in in Melbourne,” he said.

“I think the real benefit for her is that she’s got the experience of working the Sydney way of going (clockwise) and hopefully that’s to her advantage for this race.

“To us she looks well-placed.

“Taking a line through the ability she showed in the trial and the form out of that trial, you’d expect her to be very competitive.”

The stable has had a winner at four of the past five Ballarat Cup meetings including last year with Debonairly winning the Magic Millions 3&4YO Classic.

Terminology, winless after five starts, represents the stable in that race this year after a first-up second at Canterbury.

“She’s always been a filly who has shown a lot of promise and I’m sure she can deliver on that,” Bott said.