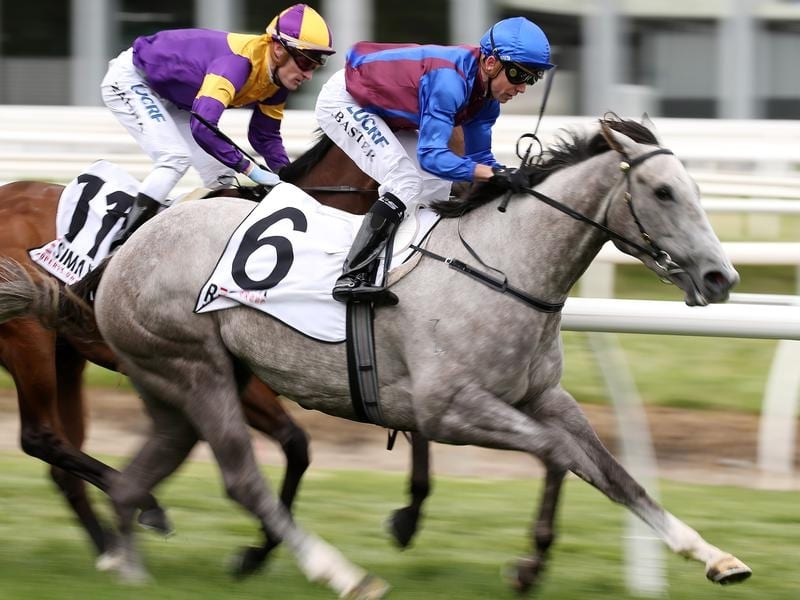 The powerful Gai Waterhouse/Adrian Bott training partnership will step up its Queensland summer carnival presence with Our Crown Mistress at Doomben.

Waterhouse has been a force in summer carnivals for decades and since joining with Bott two years ago nothing has changed.

Our Crown Mistress will attempt to add a second stakes win to her record in Saturday’s Listed Just Now Quality (1350m).

The mare recorded four wins and a second from her first five starts including victory in the Listed Lexus Hybrid Stakes at Flemington during the 2017 spring carnival.

Closely related to multiple Group One winner Racing To Win, Our Crown Mistress was a $200,000 yearling at the 2016 Magic Milions Sale.

She had four starts during the latest Melbourne spring carnival with her best performance third in a Group Three sprint at Caulfield won by Winter Bride.

“As is the case with all mares black-type is invaluable and there looks to be several races to suit her in Brisbane,” Bott said.

Multiple Group One-winning jockey Brett Prebble, who is in Brisbane, for the Origin Jockeys Series, will ride Our Crown Mistress who, until now, has done all her racing in the anti-clockwise direction in Victoria.

Some of the Waterhouse-Bott team’s heavy summer artillery have arrived in Queensland including Chess Star, a recent Rosehill winner and the ruling favourite for the $2 million Magic Millions Guineas on January 12.

“At this stage he will have his next start in the Gold Edition Plate at Doomben on Saturday week,” Bott said.

Unite and Conquer who is second favourite in the Magic Millions Two-Year-Old Classic is also heading to Queensland.

The stable has another likely carnival visitor in filly The Art Of The Bar who made it three wins on end at Warwick Farm on Wednesday.

Art Of The Bar is currently third favourite for the Magic Millions Guineas.