War Decree off the mark with smart Wingatui winner 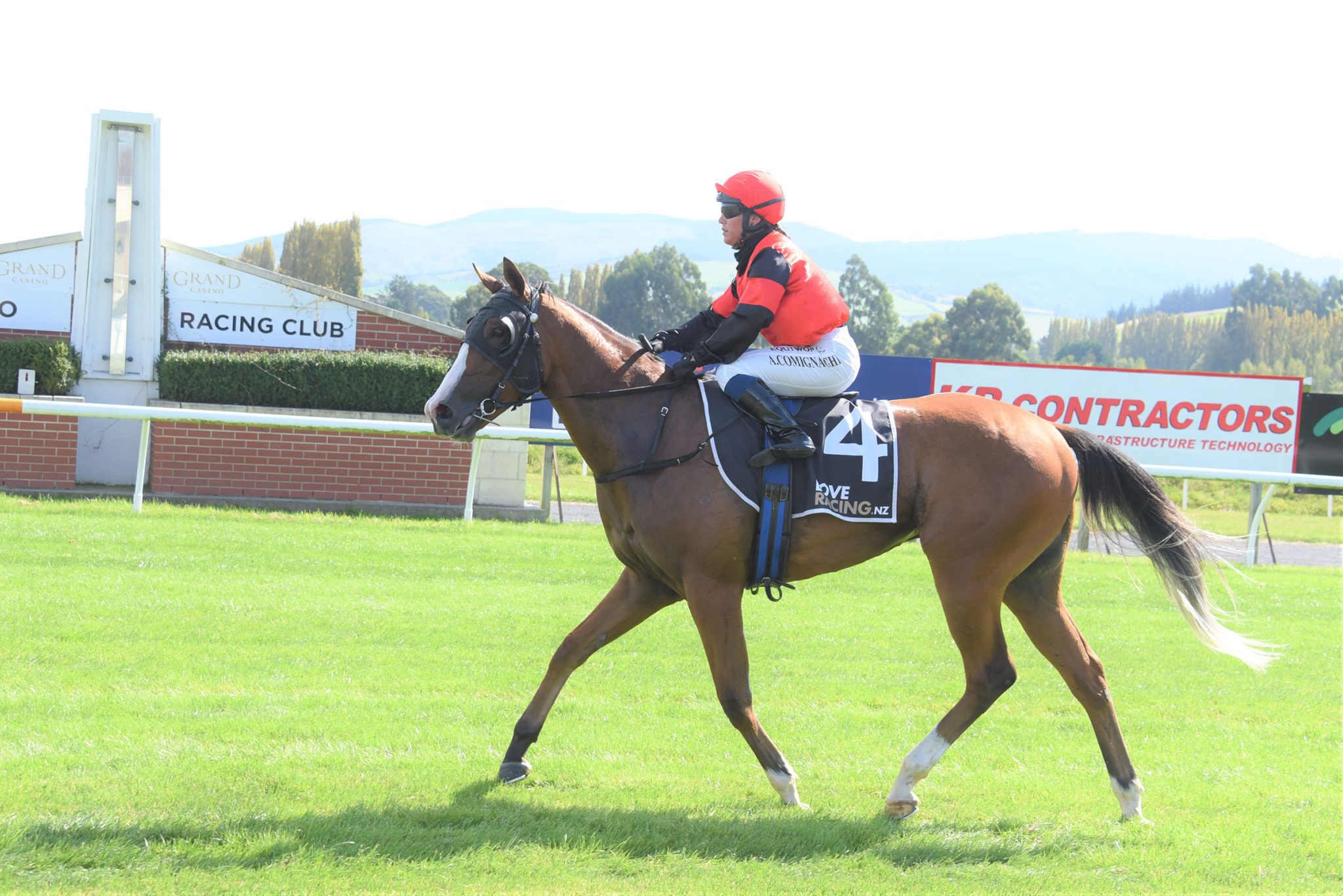 Two-year-old debutant Turf War showed plenty of courage as he held off all challenges to register the first New Zealand victory for his sire War Decree when taking out the opening event at Wingatui on Saturday.

Bred and raced by Gus Wigley and his wife Bianca under their Inglewood Stud banner, Turf War is from the first crop of Group 2 Goodwood Vintage Stakes (1400m) winner War Decree, their current resident stallion who is a son of internationally acclaimed stallion War Front.

Prepared by Wigley’s father Nick in partnership with Kayla Milnes, Turf War went into the race off the back of an educational trial over 800m at Ashburton last month, before trekking south from his Rangiora base to make his debut.

Away cleanly from a midfield barrier for rider Tina Comignaghi, who replaced Jacob Lowry when he failed to make the gelding’s 57kg handicap, Turf War settled nicely in the trail before angling off the fence to challenge at the 300m.

Tackled by race favourite Defiant at the 150m, Turf War found plenty as he held a half-length margin to the finish line to claim the victory.

“That’s a big thrill and nice to breed the first winner by War Decree and have it in our colours,” Gus Wigley said.

“We got a real buzz out of that and it is nice timing just before the yearling sales.

“He is a horse we think a lot of but thought it might be a bit soon for him as we think he could grow into a nice horse in the spring, a real Guineas type of horse.”

Wigley is currently on site at the Karaka sales complex preparing for the 2022 edition of the National Yearling Sale, where Inglewood Stud will offer ten yearlings across the six days of selling including three by War Decree.

“We have a lovely Book 1 colt by War Decree and a couple for the Book 2 sale, while we have a lot of clients with them here as well, with around seventeen by him throughout the sale,” Wigley said.

“He has shown a lot of promise as a sire so far, with three of his first crop running in the placings including one (Val Di Zoldo) with a Group Three second.”

Milnes, who is also on the grounds at Karaka, was delighted with the victory.

“It was a shame I couldn’t be there, but we got to watch it from here (Karaka) on the big screen,” she said.

“He has been a really nice horse to break in and has done everything right.

“We were actually going to put him in the paddock after his trial, but he came through it so well, ate everything and was happy to be in work.

“We will see how he comes through this run, but we might put him in the paddock for a couple of weeks and then have a look at the Champagne Stakes (Listed, 1200m) at Riccarton in May.”

Turf War is the first foal of High Chaparral mare Shuffled who is a full sister to Group 1 VRC Derby (2500m) winner Ace High, who now stands at Rich Hill Stud and will have his first crop of yearlings at Karaka this year.

Inglewood Stud will offer a half-sister to Turf War by Lonhro as Lot 578 during the Book 1 sale at Karaka which commences at 11am on Monday March 7.