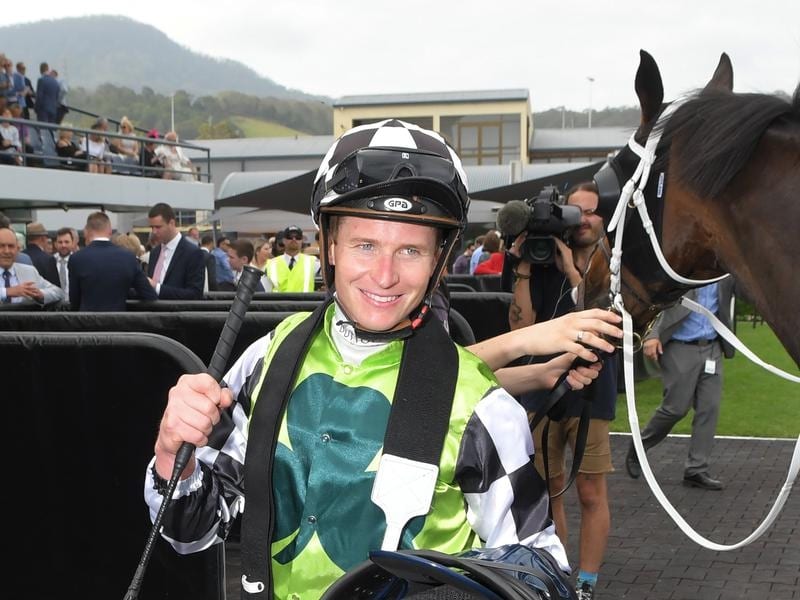 Sent out at $23, the eight-year-old raced just off the speed for James McDonald and reeled in Quackerjack ($6.50) late to win by a head.

It was a sweet victory for one of Waller’s second tier horses who arrived from Irish trainer Ger Lyons two years ago.

“He was the class horse in the race and it was a pleasure to see him get the chocolates,” Waller’s racing manager Charlie Duckworth said.

“We will be back here year in, year out, to try and win this race again.”

Sydney’s premier trainer, Waller has stepped out of Winx’s shadow this spring with wins in the $14 million Everest and $7.5 million Golden Eagle.

“Whilst Winx was racing we also had plenty of horses running second to her,” Duckworth said.

“With or without her we would still have won some more Group Ones.

“But on Epsom Day, to have four Group One wins everyone realised ‘holy hell Waller is here to stay, regardless of Winx’.

“Then we had an awesome Flemington carnival when Chris was leading trainer.”

Duckworth and McDonald had their fears Mister Sea Wolf might struggle as the topweight, but both were happy to be wrong.

“We’ve had a good association. I thought he was going to be up against it with 59kg and a firm track.”

The meeting drew a crowd of just over 6000 spectators, and McDonald was as excited by the turnout as he was last week at Newcastle when he won The Hunter on Savatiano for Godolphin.

The two million dollar races at the main provincial tracks are new to the calendar.

“Right down to the 300 metres there are people,” McDonald said.

“It’s great to win the first running of The Gong. The atmosphere is incredible.”

Mark Newnham, the trainer of runner-up Quackerjack, had given up with three furlongs to run but being pipped at the post was still a bitter pill to swallow.

“We had the toughest run in the race and we have been beaten a head.

“I said to someone at the 600 metres we’re done, but what a tough miler he is. He was three-deep with no cover all the way and was still there at the end.

“He is going to win a nice race and we will go to the Villiers and hope he can draw a barrier.”

Star Of The Seas ($7) rounded out the placings, a neck further back from Quackerjack.

But Glen Boss found himself in hot water, with the stewards handing the rider a two-week ban for excessive whip use on Star of The Seas.