Waller To Have Strong Chances In Coolmore 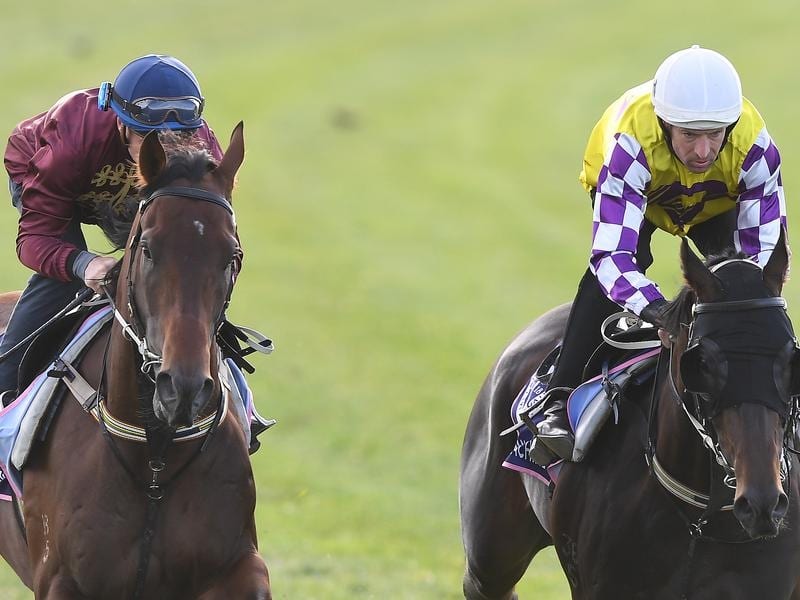 Having trained three of the past five winners of the Group One Coolmore Stud Stakes, Chris Waller knows what it takes to win the feature sprint for three-year-olds during the Melbourne Cup carnival.

And Waller says he would not swap either of his stable’s two colts – Zousain and Lean Mean Machine – going into this Saturday’s edition of the $1 million race over the straight 1200m course at Flemington.

Zousain and Lean Mean Machine are both by stallion Zoustar who Waller trained to win the race in 2013.

Zousain was the slight $3.80 favourite in an all-in market on Tuesday ahead of trainer Grahame Begg’s stable star Written By ($4) who has won six of his seven starts with his only defeat being his fourth placing in this year’s Golden Slipper in April.

Zousain has been knocking on the door of a Group One win, having been narrowly beaten by stablemate The Autumn Sun twice at the elite level this year including last month’s Golden Rose in Sydney.

The Autumn Sun confirmed he was a special three-year-old by destroying his rivals 4-1/2-lengths in the Caulfield Guineas at his next start to further enhance that form line.

“We think Zousain is a real star,” Waller said.

“And he’s the spitting image of his dad.”

Lean Mean Machine was at $10 on Tuesday and is expected to wear blinkers after having them on in a gallop on Tuesday when he finished about half a length ahead of Zousain in a gallop.

“He was nice and sharp so that’s what we wanted to see.

“I think Zousain was having a good look at the outside fence and that’s all part of the experience.

“But I wouldn’t change them for anything. Both of them.

“And I think the straight 1200 will suit Lean Mean Machine.”

Waller gave Lean Mean Machine and Zousain a comfortable jump-out up the straight last Friday which was won by Written By, believing the hit-out was similar to that which has proven effective for his Coolmore Stud Stakes runners in previous years.