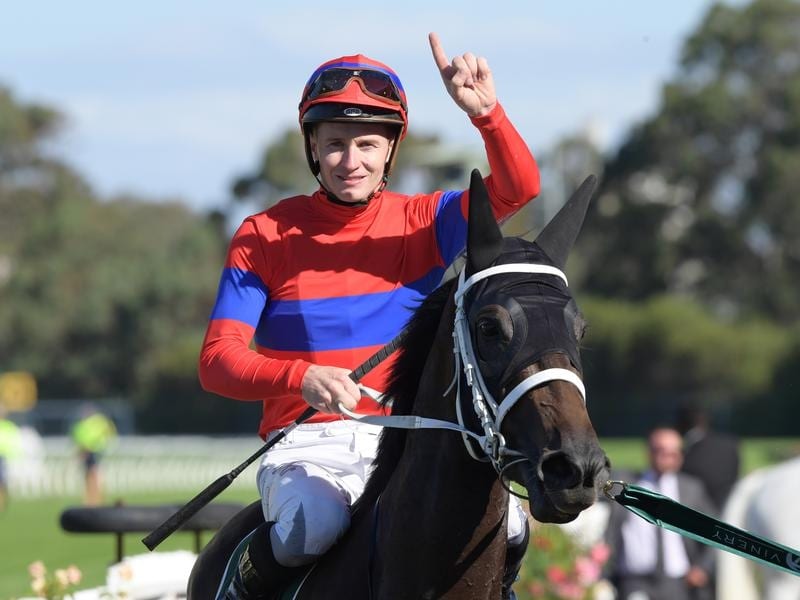 Chris Waller was quick to quash any thought of Verry Elleegant backing up against the males in the Australian Derby after the filly gave him his first Group One Vinery Stud Stakes win at Rosehill.

Starting the well-backed $2.05 favourite, Verry Elleegant was allowed to find her feet early and, significantly, she settled well for jockey James McDonald before storming down the outside for a dominant 1-3/4 length win over the fast-finishing Frankely Awesome ($26).

Waller confirmed Verry Elleegant would press on to the Australian Oaks in two weeks and said he would not entertain an Australian Derby start.

“No. I don’t think she likes the seven-day back-up, hence the reason why she didn’t run in the Australian Guineas,” Waller said.

Waller inherited the former Victorian-trained filly this campaign and was happy to see her produce her best after tinkering with her gear.

Verry Elleegant has an unusually high head carriage and has at times brought herself undone by over-racing.

She still wasn’t perfect in scoring a last-start Phar Lap Stakes win so Waller removed her nose roll and added ear muffs to her racing gear and it paid dividends.

“Having the confidence to take gear off and put extra gear on is easy when you’re training winners.”

Very Elleegant was the first of two Group One winners for McDonald who also claimed the Tancred Stakes on Godolphin’s Avilius.

The jockey had no doubt the gear changes made a difference to Verry Elleegant but felt the addition of blinkers could take her to another level again.

“It was a masterstroke putting the ear muffs on, incredible,” McDonald said.

“I could have had her anywhere, she relaxed so well.

“But she might need blinkers now. She hits the front and goes left, right – she thinks the job is done.”

While Verry Elleegant won’t go to the Derby, trainer Kris Lees hasn’t ruled out tackling the race with Frankely Awesome but will make a final decision when he returns from Dubai early in the week.