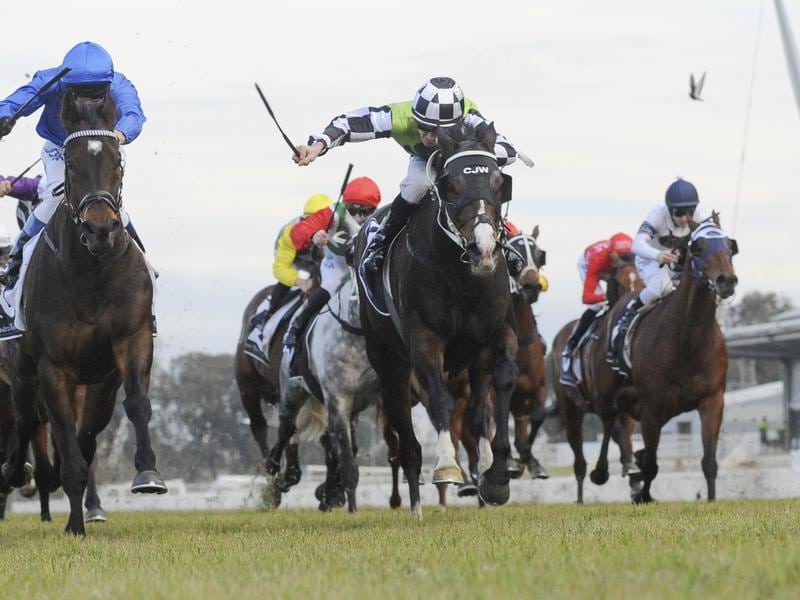 Chris Waller has celebrated his most successful season with four winners at Rosehill, including the final stakes race for 2017/18 with Mister Sea Wolf in the Winter Challenge.

In the course of winning his eighth Sydney premiership, Waller has racked up a record 189 metropolitan winners, beating his previous standard of 169 reached in 2015/16.

Waller is also the country’s leading Group One trainer for the season with champion Winx accounting for six of his 13 wins at the highest level.

But the trainer is quick to point out it’s not just about the Group One horses or about him.

“We have a happy group of people and the systems are in place.

“I’m proud we are the leading Group One stable again as that’s six years in a row now.

“But it’s about keeping the owners happy and the horses winning at the level they can.”

Waller said Mister Sea Wolf was a good example of a horse made to feel happy and he would gain confidence from his Listed Winter Challenge win.

Mister Sea Wolf went to Waller from Irish trainer Ger Lyons and his victory on Saturday was his first in Australia.

“I think he is a Group Three horse or maybe higher,” Waller said.

“We will let him tell us. His next start will be over 1900 metres in the Premier’s Cup in four weeks and we’ll go from there.

“We’ll get his confidence up and who knows he may be a Perth horse for the summer.”

Waller’s other winners on the day were Huangshan, Paret and Raqeeq.

Paret will be among the trainer’s Epsom Handicap entries while Raqeeq is headed to the Metropolitan.

While the Sydney trainers’ title was locked up some time ago and Brenton Avdulla had enough wins in hand to go on holiday without fear of being caught in the race for the jockeys’ premiership, the apprentices’ race was a little closer.

Jean Van Overmeire went into the final city meeting 3-1/2 wins behind Rachel King but failed to ride a winner.