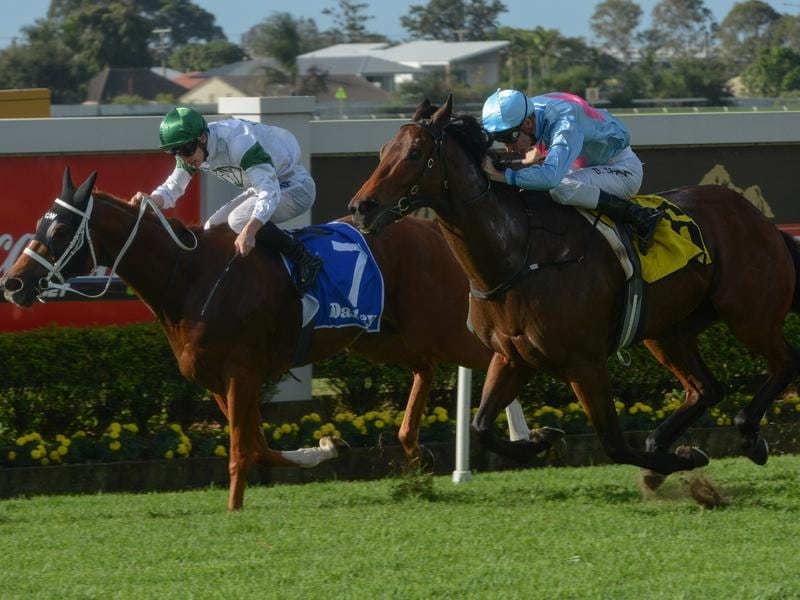 Multiple stakes winner Religify will need to regain his best form if he is to give trainer Chris Waller an 11th black-type win for the Queensland winter on Saturday.

Waller accepted with Religify, Dagny and Vassal in the Listed Tattersall’s Mile (1600m) at Doomben.

However, he scratched Dagny leaving Religify as his main hope in the last stakes race of the Queensland season.

Waller’s Queensland stable manager Paul Shailer said it was a pity Dagny would not make the trip north as she had the right form to win the race.

“She drew barrier 14 and with her racing style that would have made things very hard,” Shailer said.

Religify is rated 10 points higher than the next best horse in the Tattersall’s Mile but would need to go better than a first-up 11th in the Eye Liner Stakes last month.

He then raced well in Melbourne with seconds in the Listed Weekend Hussler Stakes and Group Two Waterford Crystal Mile in the spring.

Shailer said there was a question mark over Religify who had top weight of 61kg on Saturday.

“We trialled him at the Gold Coast after his first-up failure and he was just fair,” Shailer said.

“I don’t know if he is going as well as he was last year. He likes the tracks dry and he likes to be on the pace. It will be a good surface and he has barrier one so that should suit him.”

“He missed a winning ride at Caloundra last week because of his weight. Michael is just struggling with it a bit but he is working hard and the results should come,” Shailer said.

Shailer said Vassal was better over longer trips but was coming along nicely in his preparation.