Walker Looking To Be The Boss In Lawrence 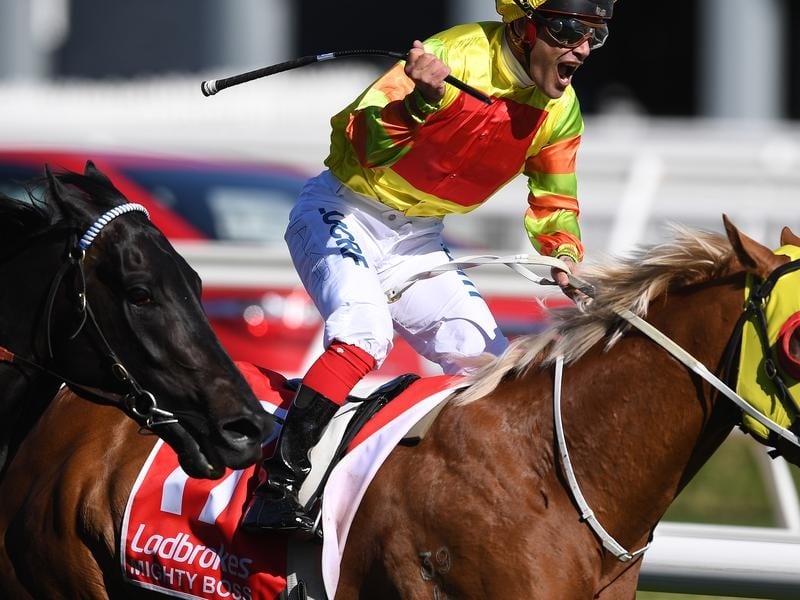 Injury-free Michael Walker is looking forward to the spring which commences aboard Mighty Boss in the Group Two PB Lawrence Stakes at Caulfield.

“I think I’ve shown everybody that I’m back and riding better than ever,” he said.

“I’m hoping people notice that just as Mick Price and Chris Waller have noticed that giving me the majority of their rides.

“Last season was my best season ever and that was my first injury free.”

Walker had his first ride aboard Mighty Boss in last year’s Guineas which led to an association through the autumn.

He learned a valuable lesson about the colt in three unplaced starts.

“I know he should have won the CF Orr Stakes first-up but I rode him for speed and I don’t think that’s the way to ride him,” he said.

“He’s better being ridden the way I rode him in the Caulfield Guineas, attacking late.”

Walker says throughout his career he hasn’t ridden a horse with the lung capacity of Mighty Boss.

But that can be deceiving as Mighty Boss worked towards his return run.

“He needed it more than I thought,” Walker said.

“Mick Price is a champion trainer and for him to take him there as a stepping stone to getting him back to the races, I’m glad he did.

“The track was wet that day and he doesn’t like it and he’s since worked with Grunt and worked much better.

The Lawrence has brought together a capacity field of 16 with last year’s winner Hartnell sharing favouritism at $6 with Grunt while Mighty Boss is a $9.50 hope.

Along with Price having three runners, Lindsay Park will have a trio of contestants in Boom Time, Harlem and Miss Gunpowder.