Walker back in town with stakes success 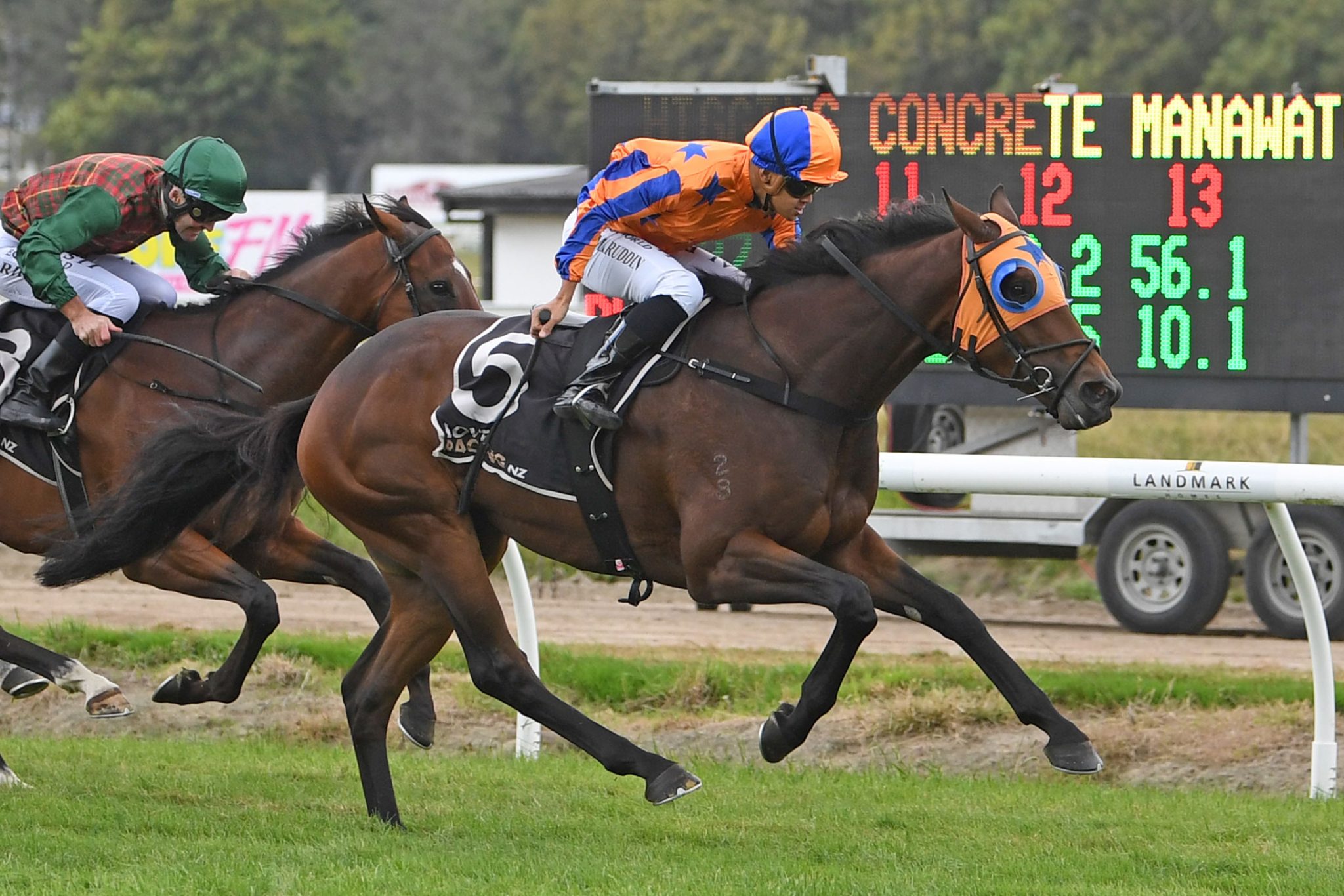 Mark Walker kicked off his return to the New Zealand training ranks in the best possible way when Amalfi Prince upset the applecart when he took out the Group 3 Higgins Concrete Manawatu Classic (2000m) at Awapuni at outside odds.

Stablemate On The Bubbles started a red-hot -200 favourite in the race after second favourite Pinarello was sensationally scratched at the barrier before the race due to an issue with a loose tooth, but it was the Te Akau Racing stable second string who did the business with a defiant victory.

Sent forward by apprentice Joe Kamaruddin, the three-year-old son of Sebring sat outside a steady tempo set up by fellow Matamata visitor Giacomo before applying the pressure rounding the home bend.

On The Bubbles loomed up to challenge at the 300m but began to battle shortly after as Amalfi Prince dug deep to rally and hold out the late challenge of Ruach with Titled charging home to take third off On The Bubbles.

Walker was delighted with the victory and provided special praise for Kamaruddin who has come of age with his riding over the past year.

“That was really good as we said to Joe to roll forward and gee, he is riding well,” Walker said.

“He is a young fellow who twelve months ago was really treading water.

“He has come of age and he is riding with a lot of confidence.

“We will travel this horse home now and see how he eats up and then set a plan for him.

“It looks as though he will run further than this (2000m) today so he is an interesting horse.”

Walker wasn’t disappointed with the run of On The Bubbles, although the performance confirmed the son of Brazen Beau is at his best up to 1600m and not beyond.

“Opie (Bosson) gave the horse a gun run as his pedigree said he wouldn’t run the trip, so probably the mile is far enough for him,” he said.

“Opie said if it was 1900m he probably wins the race but we had to have a go and now we know once and for all.”

Kamaruddin was all smiles after the race as he returned to the winners’ enclosure.

“This is a strong horse who just keeps going,” he said.

“I’m very excited and thankful that my boss gave me this opportunity.

“He drew wide but jumped well and I went up and sat beside the leader.

“He travelled well and in the last 300m he was just so strong.”

Raced by the Te Akau Italian Spirit Racing Partnership, Amalfi Prince was purchased by David Ellis for NZD$90,000 out of the Ohukia Lodge Ltd. draft during the 2020 New Zealand Bloodstock Ready To Run Sale at Karaka.

Out of the Dubai Destination mare Campania he is a relative of former Group 1 Railway Handicap (1200m) winner Imananabaa and Australian stakes performers The Heavyweight and Rostova.