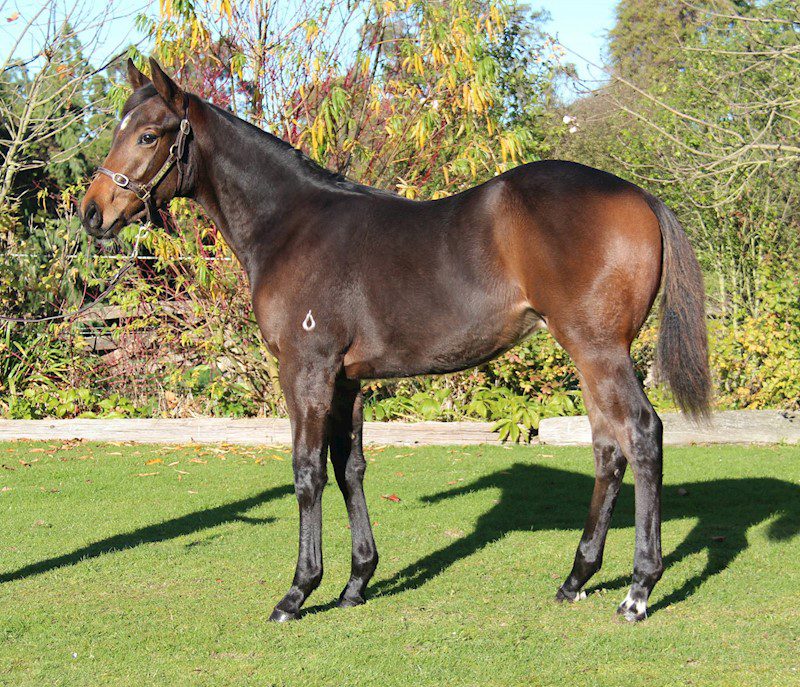 Anna Miles and Michael Simpson of Pear Tree Farm are looking forward to Sunday when their two weanling colts go under the virtual hammer in New Zealand Bloodstock’s Weanling Sale on plus.gavelhouse.com. “We have been really lucky because we drew lot 1 with the Proisir colt out of Joan’s Girl,” Miles said. “He is a lovely, kind, strong, well conformed horse. “He is a full-brother to a filly we sold through the South Island Sale a couple of years ago called Harlow who was a winner on debut as a two-year-old for Te Akau. “She is back in work and looking like she is going to have a really nice season ahead of her.”

Miles is also excited about the prospects of the colt’s young sire, Proisir. “Proisir is a young stallion on the rise. He had a two-year-old winner in Australia a couple of weekends ago,” she said. “He is an exciting young horse.”

Miles said there has also been plenty of interest in the farm’s other weanling offering, lot 47, the Belardo colt out of Darci Brahma mare Works Wonders. “Belardo has been super exciting. Over the last week he has had four debut winners in Europe from his first crop. The timing has just been perfect for this sale.” The colt’s yearling half-brother by Proisir sold for $40,000 at New Zealand Bloodstock’s May Sale last year and turned into a great pinhooking result for his purchaser. “They ended up getting $180,000 for him when they took him back to Karaka at the start of the year,” Miles said. “He was sold to Upper Bloodstock and he has broken in beautifully. They are pretty excited about him.”

The Waimate couple have enjoyed the challenge of offering their weanlings for sale online and they have come up with a unique incentive for prospective buyers. “We have made a big effort with our videos, the information and photos we are putting online,” she said. “We have done a lot of advertising and we have offered to pay transport from our place to any destination in New Zealand, as long as the horse meets its reserve on Sunday. “I have had a few phone calls, texts, and emails about both weanlings. It is going to be really exciting and I am looking forward to sitting down with a beer in my hand on Sunday at 3pm.”

While Miles has missed the social element of a physical sale, she said there are plenty of benefits that come with selling online. “I have missed not going to the sales, the social side of it and parading our horses,” she said. “However, Michael and I have really enjoyed the challenge of promoting the horses online. “It also takes us three days to travel from here up to Karaka, so it certainly cuts that time and travel out for us. We will certainly be looking forward to doing it next year again.”

Pear Tree Farm will be holding an open day from 1pm this Saturday at their Waimate property where they will be parading their weanlings and showcasing their farm.