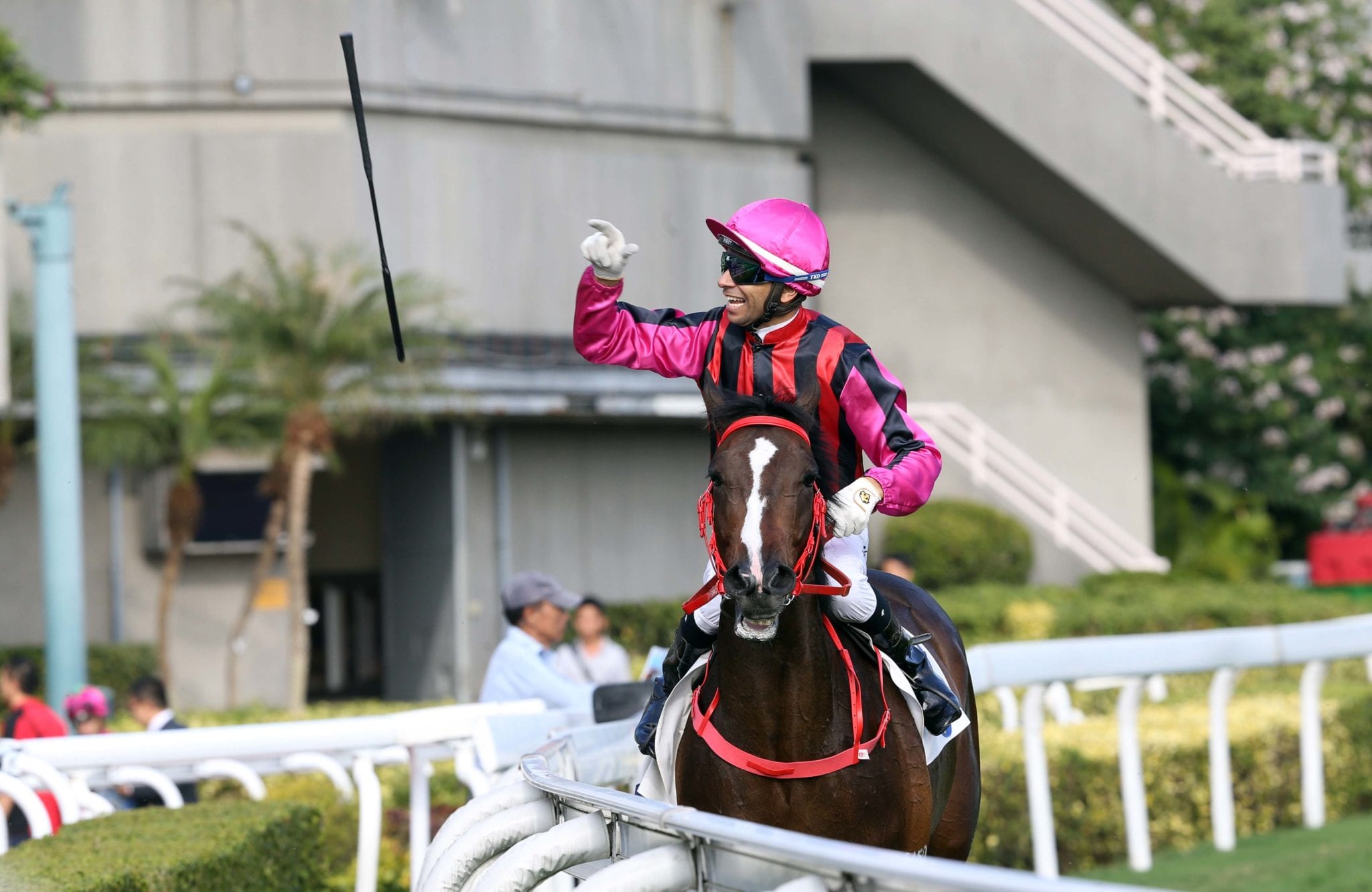 Waikuku shifted out of Beauty Generation’s shadow with a decisive rail-side burst that has him vying to be Hong Kong’s number one hope for the Group 1 LONGINES Hong Kong Mile (1600m) in three weeks.

“Beauty Generation will still have his fans and he’s going to run under different circumstances on the big day so I think he’ll probably hold his place. He’ll be the horse to beat again.”

Beauty Generation finished third for the second race on the bounce, having dominated the Sha Tin mile division through 10 straight wins and two Horse of the Year titles. Last month’s turnaround, when conceding hefty weight to his talented rivals, was one thing, going down in a seven-runner field under a lesser 5lb penalty was unexpected.

“It was a surprise but it was a good surprise!” winning jockey Joao Moreira said after Waikuku triumphed in a time of 1m 32.89s.

The Brazilian enjoyed a smooth passage on the Irish import. The front pair of Beauty Generation and Ka Ying Star raced some way off the rail in the early stages before the former settled into his usual position, rolling rhythmically at the head in anticipation of an opponent-demolishing finishing drive.

But that famous Beauty Generation power was missing this time.

“He stayed off the fence in the back straight and then came back in and Zac (Purton) said he felt comfortable, he was happy with how he got there: he thought on the corner he would let down and really kick hard but he didn’t,” a disappointed John Moore said of his stable’s champ.

Waikuku stalked Beauty Generation – with runner-up Ka Ying Star racing on his outer flank – and when the big horse rolled off the rail in the home straight, Moreira took his chance.

“When we were turning for home Ka Ying Star wasn’t giving ground, he was holding me in there and I was forced to hold and hope the gap would come inside the leader, Beauty Generation,” the jockey said.

“Once it came, my horse was full-on: he just went for it and didn’t hesitate to go through. Good horses do it, they go through small gaps, and he has proven himself.”

Moore was deflated but not despondent about Beauty Generation’s defeat as he looked towards the seven-year-old’s attempt at a third straight win in the LONGINES Hong Kong Mile.

“Zac said don’t worry about that run, he’ll come back,” the handler revealed. “He said we just need to tweak something to make sure on the big day that he’ll kick. We just need to find out what because he’s not finding that usual kick. Today was a repeat of what he did when he was beaten in his second start.”

Size and Moreira, meanwhile, were on the same page about Waikuku taking on the champ again in the December feature: the bay had shown his stamina for 2000m when a running-on second to Furore in last season’s BMW Hong Kong Derby, but there was no hint from trainer or jockey of an intention to return to that trip in the Group 1 LONGINES Hong Kong Cup.

“I would never think about changing the distance, with the way he’s done it today,” Moreira said. “Probably the mile won’t be as strong as the Hong Kong Cup, because Almond Eye is coming for the 2000-metre race and she’s one of the best in the world at the moment. I’m happy to ride my bloke in the mile.”

Size added: “I think there’s no need to stretch him. We’ve never even thought about going 2000 metres (in December), he’s been very good at the 1600 so we’ll stay there. After that race, if we have to change course we will, but I think he’s okay.”

Waikuku has come a long way in less than 11 months. After arriving from the John Oxx stable, the gelding stepped out at Sha Tin for a promising second over 1200m on 23 December last year.

He followed that with four wins in a row before an arguably unlucky run in the Hong Kong Derby last March. Two subsequent efforts yielded below-par results but Size’s charge has sparked this term, running third to Beauty Generation first-up and then claiming second, one spot ahead of his rival, when behind Rise High in a 1600m Group 2 handicap.

“My horse has been consistent, he’s made small improvement every time he’s raced and he’s been the same this preparation and he’s still got some in him. It’ll be a tougher race in December so he’ll have to improve again to win it,” Size said.

“He’s a typical good horse and most good horses they don’t do anything wrong and that’s why they are who they are, I guess. He’s one of those – he doesn’t have to have any special thing done with him, he’s a racehorse.”