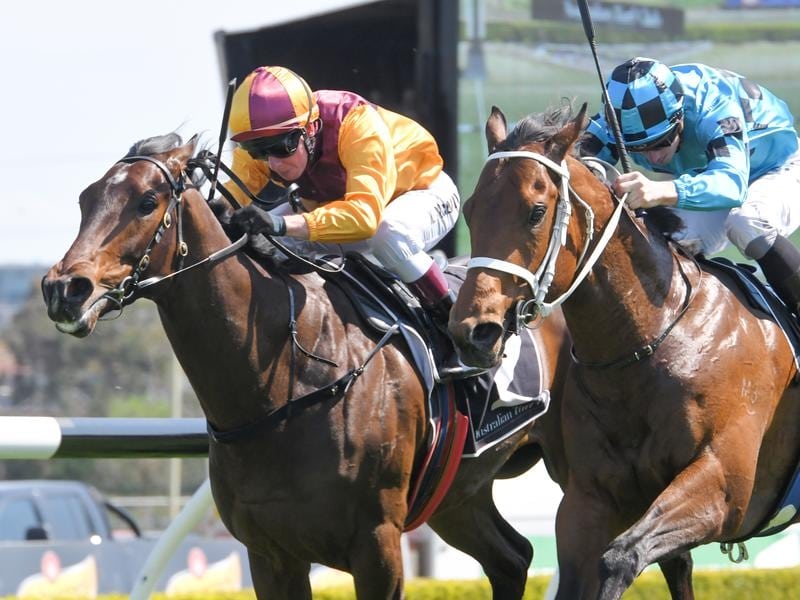 A measured approach to the start of Wagner’s spring campaign is about to take on a new dimension.

Stepping into benchmark company at Canterbury after accounting for his own age group last month, three-year-old Wagner underlined his promise to win with authority on Wednesday.

Such a victory isn’t usually greeted with too much fanfare but Godolphin trainer James Cummings said it would be foolish to doubt the merit of the form.

“I think he is a fair horse. To stand up against older horses like he did I think he is worthy of his chance in a good race,” Cummings said.

Cummings hinted that test might come sooner rather than later with the Caulfield Guineas Prelude (1400m) firming as Wagner’s next start.

And if the tip from the trainer is right, Wagner could be a force beyond that Group Three race at Caulfield on September 30.

“These horses that keep going ahead, you want to be with them,” Cummings said.

Wagner, the $2.10 favourite, settled midfield from a deep barrier in the Australian Turf Club Handicap (1250m) and produced his best work over the final 100m to beat Metamorphic ($4.40) by a half length.

It completed a race-to-race double for Cummings and jockey James McDonald after another favourite Coruscate ($2.50) delivered in the On Top Of The World Sprint.

“He feels as good as he looks. He’s a stakes horse for sure,” McDonald said.

Bright futures are also in front of So Taken and Nicco Lad, winners of their respective maiden races.

So Taken broke through for Chris Waller at her second start since coming from New Zealand.

“She’s not quite there physically but she’s got all the heart in the world,” jockey High Bowman said.

“In a few months’ time when she develops she will be up to the better ones.”

That outlook could also apply to Nicco Lad who came back to win after he was headed.

“He’s always been a bit immature and it’s taken time for him to fill out, so we’ve always thought more of him as an autumn horse,” co-trainer Paul Snowden said.