Vrc Keen For A Local Win In Melbourne Cup 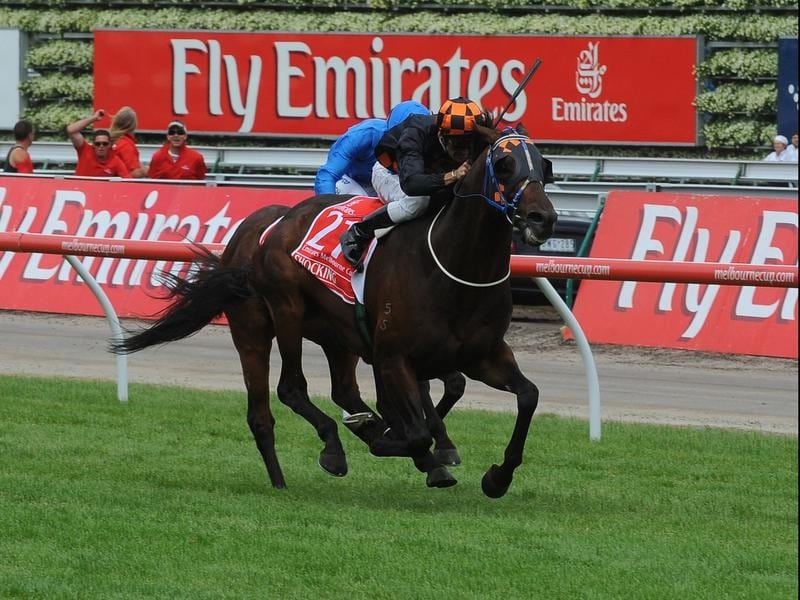 The Victoria Racing Club is keen to push for more local representation in the Melbourne Cup which could one day lead to it offering an incentive for a locally bred winner.

It comes on top of a record 50 international entries, up from 31, for this year’s $7 million race at Flemington in November.

Leigh Jordon, the former international scout for Racing Victoria and now executive general manager of racing at the VRC, said the Melbourne Cup had become a go-to race for international representation.

New Zealand-bred Prince Of Penzance in 2015 broke a run of victories by internationally bred horses.

“One thing at the VRC we’re really keen on pushing up for is the stayers, especially the locals,” Jordon told RSN927.

“We’re having a bit of a look now to what incentives we could provide for locally bred horses.

“Could we look at a bonus for a locally bred horse that wins the Melbourne Cup?

“This is the state of stayers and we should be doing something to encourage our locally bred horses.

“Japan could never win the Japan Cup, but they turned it around, so why can’t we.”

Jordon said the Bart Cummings at Flemington in early October had become a great success with the winner going straight into the Melbourne Cup.

He questioned whether another race earlier in the season could be run to give another local horse a chance to run in the Cup.

Greg Carpenter, who will next week announce the weights for the Caulfield and Melbourne Cups, said RV was totally committed to fostering stayers in Victoria.

“We run twice as many staying races in Victoria as any other state by percentage of races run,” Carpenter said.