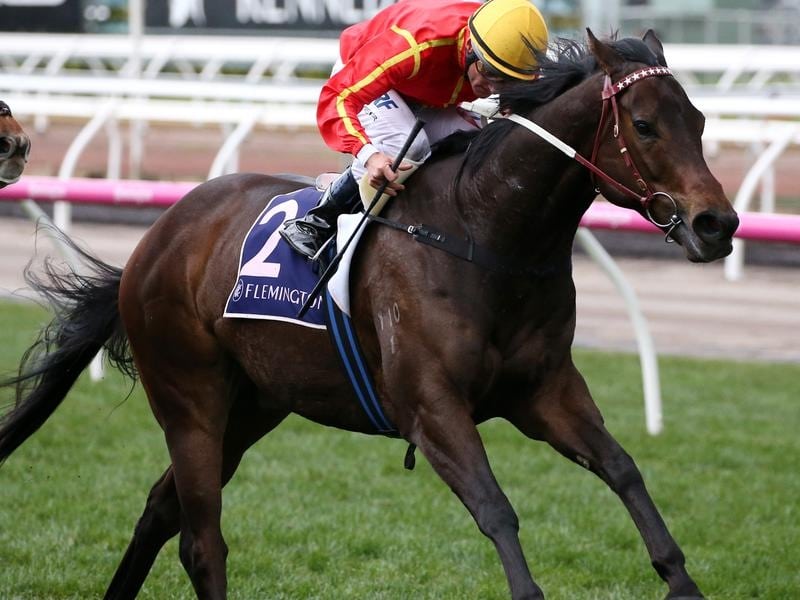 Champion jockey Damien Oliver has got it right in his first ride on quality sprinter Voodoo Lad, who has powered home to win the Group Three race at Flemington.

Voodoo Lad settled at the back of the seven-horse field in Saturday’s 1200m sprint on the straight course before letting down strongly to edge clear of Godolphin import Home Of The Brave in the final 100m.

Oliver said trainer Darren Weir was adamant with his instruction to get Voodoo Lad relaxed early to allow him to produce his best when it mattered.

“It was a great win,” Oliver said.

“Darren’s main focus with me was to just switch him off early and get him relaxed. He said if you get him relaxed in the first 400 metres you know you’re going to be in the race.

“They didn’t go quickly but he switched off nicely and then moved into it well.

“When I went to the second horse, he dug in and challenged us a bit but then this horse drew away.

“He’s got an exceptional last 400 metres on him when he switches off and relaxes early.”

One of four Flemington winners on the day for Weir, Voodoo Lad ($4.60) defeated $3.90 favourite Home Of The Brave by three-quarters of a length, while Brave Song ($4) loomed at the 200m before finishing another 1-1/2 lengths away third.

Voodoo Lad had not won on the straight course at Flemington from four attempts but was second in last year’s Group One Newmarket Handicap.

He took his overall record to 12 wins from 29 starts and continued his strong recent form after winning the Sir John Monash Stakes and finishing second in the Bletchingly Stakes last month.

His spring path could include another crack at a Group One.

“He’s probably been a bit unlucky that he hasn’t won a Group One,” Weir said.

Home Of The Brave was gallant in defeat in his Australian debut and trainer James Cummings’ Melbourne stable representative Reg Fleming believes the import will take great benefit from his first experience racing in Australia.

“Going forward it looks pretty bright for him,” Fleming said.