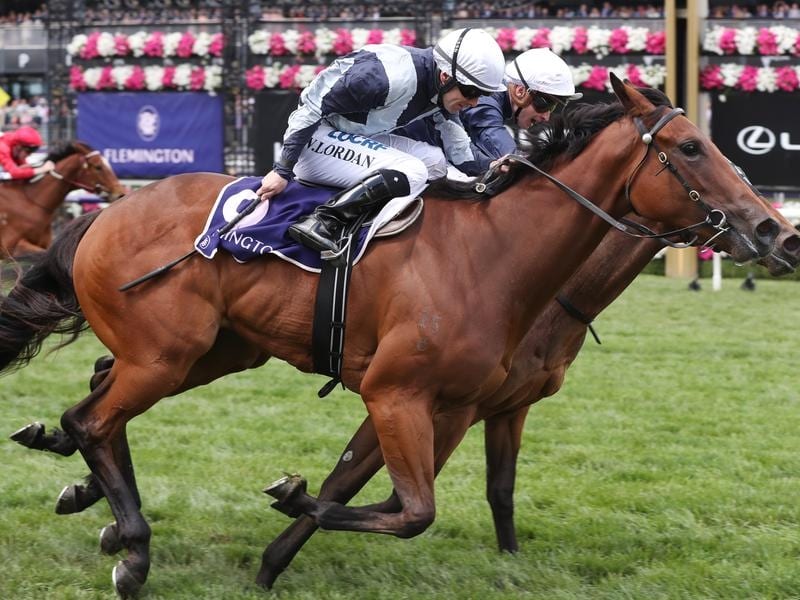 Bott said the filly would now be put aside to concentrate on the big two-year-old races in the autumn.

“She’s a very talented filly going forward and one of our best two-year-olds we’ve got in training,” Bott said.

“She’s been able to strike early and get some black type but I think there’s better things to come.

“We’ll look at possibly bringing her back for a Blue Diamond campaign and then on to the Golden Slipper for a filly bred as well as she is.”

Bott handed a thank you to Stephen Baster who did the majority of the work on the filly after she made her way down from Sydney.

“Steve was keen to partner her today but with the connections (Coolmore) having their jockeys here for the carnival they had to take preference,” Bott said.

Lordan, who partnered Rostropovich into fifth place in the Melbourne Cup and rides Spirit Of Valour in Saturday’s Group One VRC Sprint Classic, landed his second victory at Flemington.

He rode Reparations to win over the straight 1200m course, two races after the 2014 Melbourne Cup.

“I was riding Slade Power in the sprint so they gave me a spin down the straight,” Lordan said.

“The straight is a lucky track for me.”