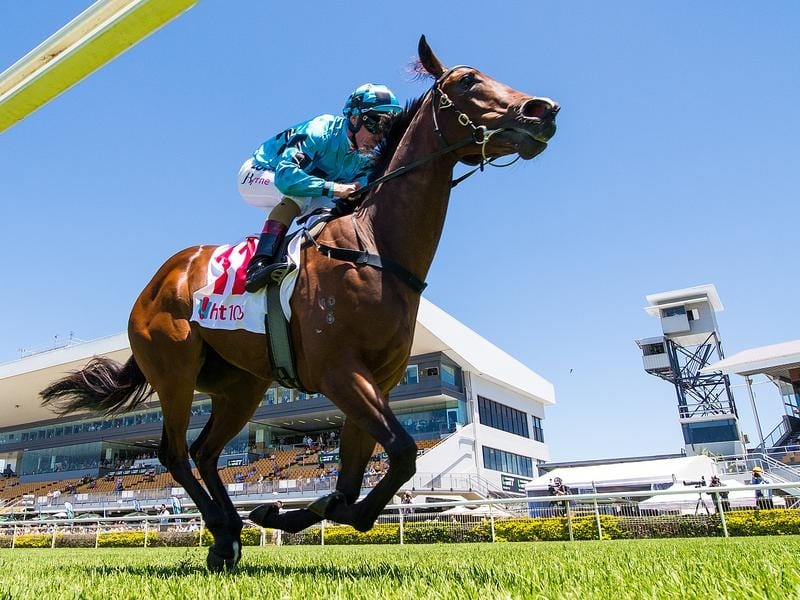 Tony Gollan is confident Vincere Volare will confirm the Brisbane trainer made the right decision to miss two earlier feature races in Sydney when she steps out at Randwick.

Vincere Volare is unbeaten in two starts in Brisbane and Gollan is growing in confidence she can make it three from three in Saturday’s Group Two Reisling Stakes (1200m).

Gollan realises it is a strong edition of the Reisling Stakes with top fillies Exhilarates, Anaheed and Tenley heading the markets.

“But I don’t think she is out of place in this company. Things can always go wrong in a flash with two-year-olds,” Gollan said.

“But to date we have been able to take her along the way we wanted.

“When she won her first start at Doomben in November the temptation was there to chase a $250,000 Inglis race in Sydney.”

Gollan said the decision had been made to spell her with either the $2 million Inglis Millennium or the $3.5 million Golden Slipper as her aims.

“Then we decided to miss the Millennium and head for the Slipper,” Gollan said.

“We were able to get two trials for her and she has been helped by Racing Queensland putting on a $125,000 race at Doomben which she won to boost her prize money.

“It meant she didn’t have to rush to Sydney chasing the bigger money.”

“Tim is the perfect jockey for her as he can get her out and rolling. And he knows Randwick so well, ” Gollan said.

“Vincere Volare is owned by Aquis Farm and their number one rider is Michael Walker so I will leave any decision about the Slipper up to them.”

Vincere Volare is yet another top horse by super sire I Am Invincible and was sold for $300,000 at the 2018 Inglis Easter Sale.