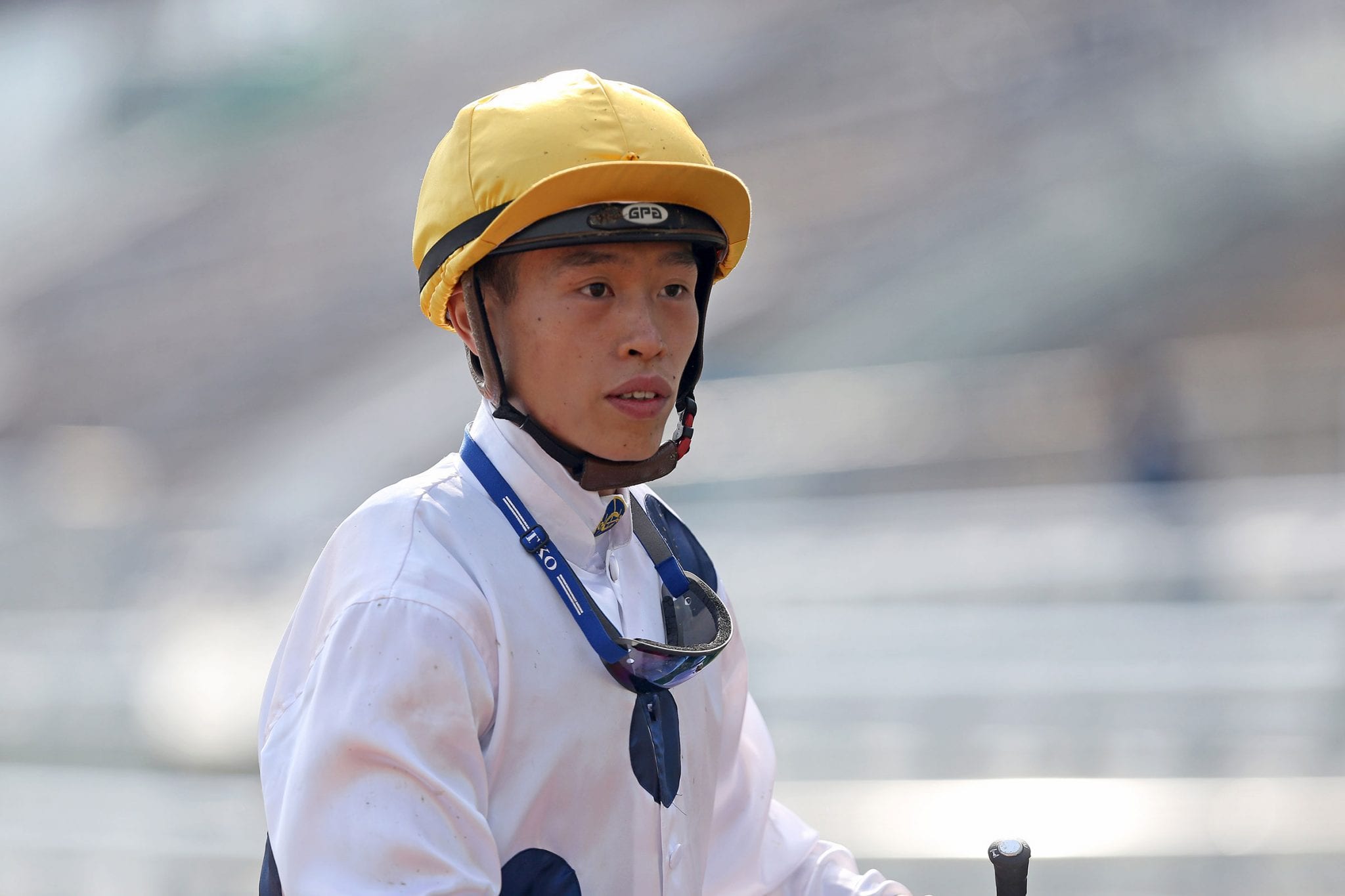 Hong Kong’s most successful Group 1 jockey in 2020/21, Vincent Ho is determined to add further lustre to an outstanding season by finishing the term as leading homegrown rider as apprentice jockey Jerry Chau continues an audacious bid to claim the Tony Cruz Award.

Leading Chau 58-56 in the race for the Tony Cruz Award – the trophy for the most wins in a season by a homegrown rider – Ho has a full book of 11 rides at the final Sha Tin fixture of the season, while Chau has 10 as the duo’s battle heads into the last two meetings of the season.

Famed by his association with Golden Sixty, Ho is impressed by Chau’s meteoric rise in his full term.

“He’s (Chau) done a really good job and as an apprentice to reach 50-something or maybe 60, it’s very impressive. Congratulations to Jerry no matter what the result is in the end, it’s always great to see young jockeys up and coming and doing that well is never easy,” Ho said before turning his attention to the Tony Cruz Award.

“I never really look at that, it’s not champion jockey so there’s no pressure. I’m still way, way behind that but it’s still been a really good season for me.

“Of course (I want to beat Chau), I’ll be trying to ride as many winners as I can in the next couple of meetings.”

Ho will attempt to advance his position aboard Douglas Whyte’s Stronger in the Class 1 Hong Kong Racehorse Owners Association Trophy Handicap (1200m) after the colt’s solid second to boom sprinter Courier Wonder in the Group 3 Sha Tin Vase Handicap (1200m) on 23 May.

“He was very impressive, hopefully he has kept the form. He has trialled well, he always tries hard in the trial and he needed a good blow, so he’s ready to go,” Ho said.

Teetan will accompany Champion’s Way for John Size in the Class 1 Sha Tin Mile Trophy Handicap (1600m), confident the gelding can build on a fine third behind Sky Field and Sky Darci in the Group 3 Premier Cup Handicap (1400m) at Sha Tin on 20 June.

“I thought he ran good last time, when they eased the pace, he got on the bridle and when they sprinted it took him a little while to get going again,” the Mauritian said. “To be honest, I liked the way he responded and I thought he ran a good race. He was finishing pretty strongly.

“He’s a bit tricky to ride and you’ve got to get him to be comfortable and switch off. When he’s switched off, he can finish off better and run them down.

“I’m not too worried about the weight (133lb) – he’s gonna have to carry it – but I think he’s got the quality and he’s run against stronger horses before. The horse is in good form and I think he’s gonna run well.”

Winner of the Group 2 Karrakatta Plate (1200m) at Ascot Racecourse, Perth in April, 2020, Ima Single Man blasted to victory for Callan and Tony Cruz at Sha Tin on 26 June after an eye-catching fourth at his previous outing.

“He seems to be getting the hang of things, he’s had a little bit of chequered form,” Callan said. “He’s run the odd good race and then he’s got a little bit lost but a couple of runs back, he didn’t show any speed early and at the 300 (metres), he wasn’t really going anywhere but the last 100 (metres), he really got going – he just sprouted wings.

“So, I was just a little bit more aware next time to have him in a more competitive position and he duly obliged. With getting that win under his belt, he can start going forward.

“He doesn’t blow the start. He just doesn’t have any speed and he hasn’t got the gist of things yet but once you get stuck into him, he gives you a good response. Last time he hit the line strong and I’m hoping he can get some confidence from that.

“He certainly feels like he’s got the ability. Hopefully, he can get his act together.”

With five winners from his past 17 rides, Callan is preparing to leave Hong Kong on a triumphant note, grateful for the backing of a variety of trainers throughout the past decade.

“I’ve had a lot of support for the last 10 years I’ve been here. It’s always been level throughout the trainers’ stand. It’s never been just one or two. I’ve had support from a lot and I’m very grateful for that,” the Irishman said.

“Just because I’m coming into the last two meetings, it doesn’t mean I’m going to take it easy.”