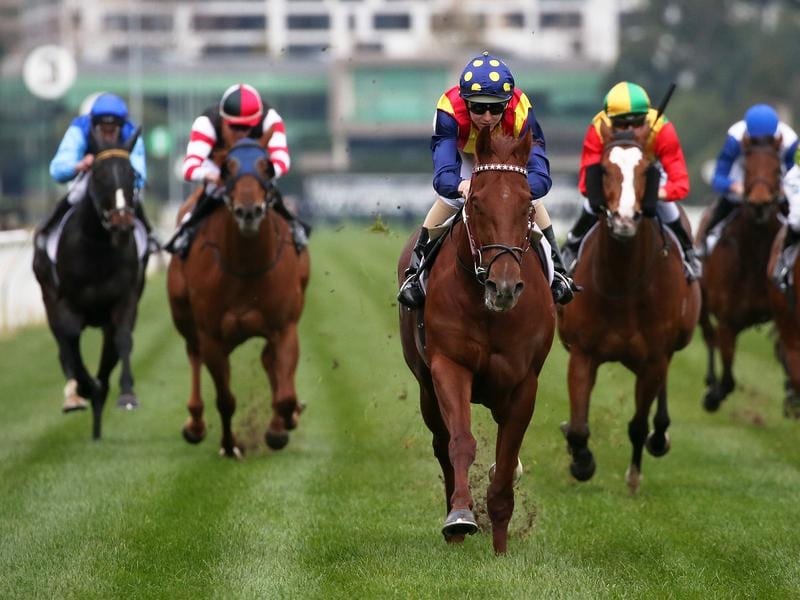 For trainer Heath Conners, there is a sense of deja vu about Villa Sarchi’s return to Sandown.

The gelding kicks off his campaign in a benchmark 64 race over 1000m on Wednesday, the same type of race he won at the track in March when he began his last preparation.

Villa Sarchi blew his rivals away that day and Conners is hoping for a similar result in Wednesday’s Spicer Thoroughbreds Handicap.

“It’s worked out the race came about at the right time,” Conners said.

“I looked through the calendar and there the race was. It looked ideal.”

He progressed to Saturday city company and while unplaced in his next five starts, he did not disappoint Conners with his performances.

If Conners could be critical of any run it was his final start before a break when beaten over nine lengths by Nature Strip at Flemington in June.

“He did miss the start a little bit and they did go flat-stick from start to finish,” Conners said.

“He never got a chance to get into the race.”

Conners said Villa Sarchi had undergone an ideal preparation for his first-up assignment and the trainer sees a bigger, stronger gelding than the one that raced last campaign.

“He’s had two trials on the (Geelong) course proper and he trialled last Thursday and won by about seven lengths running up the back straight,” Conners said.

“He made good improvement from his first campaign to his second and I think he’s made that improvement again for this campaign.”

Conners will not be rushed in stepping Villa Sarchi up in distance preferring to keep him fresh for races over short courses.

“Over those shorter trips you know they jump and run and you don’t have to hold him up as much, you’ve just got to come back on on him,” Conners said.

“He peeled off a really quick last 600 metres when he won first-up and he’s only got to rattle off a time like that again and he’ll go close.”