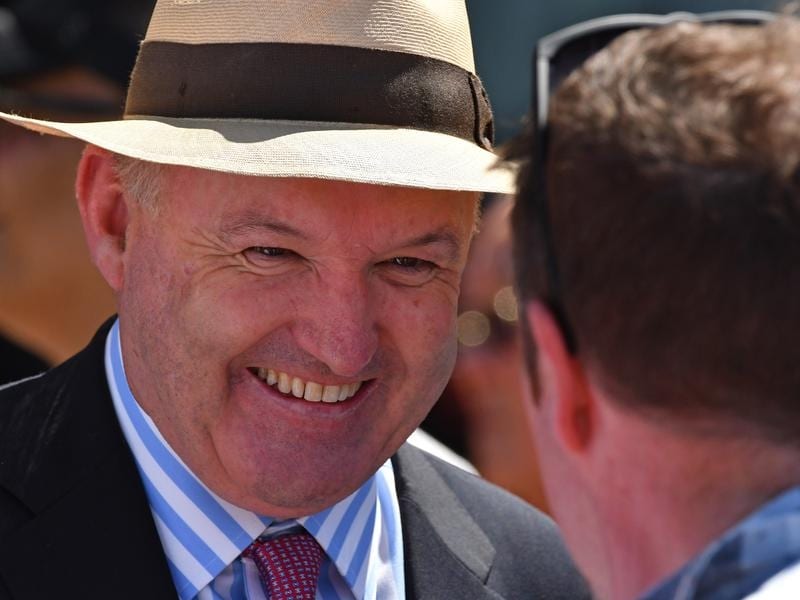 A two-year-old colt who is closely related to retired champion sprinter Black Caviar will be out to earn a crack at the Group One Blue Diamond Stakes when he makes his city debut at Flemington.

Viking Warrior made an encouraging start to his career when he drew away from his rivals in a maiden against his own age at Geelong on December 26, posting a 3-1/4-length win.

Saturday’s VRC Member Duane Rogers Plate (1200m) is the next test for the colt who is by stallion Fastnet Rock out of grand producing mare Scandinavia.

Scandinavia is the unbeaten Black Caviar’s grand-dam while there are a host of other stakes performers in the family including Viking Warrior’s Group One-winning three-quarter brother Magnus.

“He has improved since his debut.”

Five of the seven horses in Saturday’s field are among the 263 second acceptors for the $1.5 million Blue Diamond on February 23 at Caulfield, and Viking Warrior was at $26 in a Blue Diamond market on Wednesday.

Godolphin has accepted for Cathars in the Flemington race although the James Cummings-trained colt is also an acceptor for races at Canterbury and Rosehill in Sydney this weekend.

The feature race on the Flemington program is the Listed Kensington Stakes (1000m) which has a field of nine and will feature the return of multiple Group One placegetter Champagne Cuddles for her first start of 2019.

The Bjorn Baker-trained mare, who will be having her first Melbourne start, has barrier four for the straight-track sprint, one inside of top weight Thermal Current.

Champagne Cuddles, who will be on trial for a potential Newmarket Handicap tilt at the same track later in the autumn carnival, was installed the $2 favourite in an early market on Wednesday with stakes winning sprinter Glenall at $4 and Thermal Current $6.

Ten three-year-olds are set to line up in the richest race on Saturday’s program, the $250,000 Inglis Dash (1100m) which was won a year ago by Nature Strip.