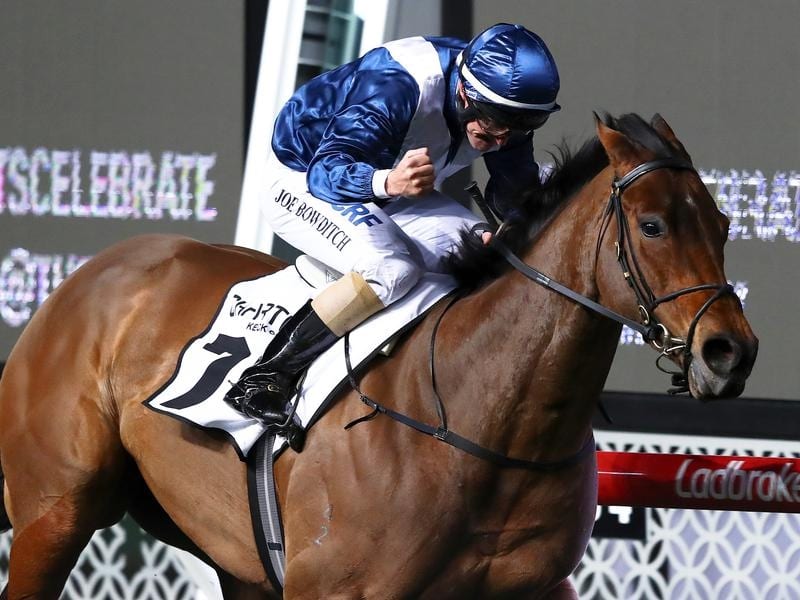 Viddora has been given an easy time in a Cranbourne barrier trial in preparation for a trip to Perth for the Winterbottom Stakes.

The Lloyd Kennewell-trained mare was not let off the bridle in her two-length victory in the 990m-heat on Monday.

Viddora is returning to Perth to attempt back-to-back victories in the Group One Winterbottom Stakes at Ascot on December 1.

A first-up winner of the Moir Stakes at Moonee Valley in September, Viddora was thwarted by a heavy track when 12th in The Everest at Randwick on October 13.

Kennewell said Viddora had been kept ticking over in preparation for the trip to Perth.

“She came here for a nice little trial and I was really happy before her flight on Sunday,” Kennewell said.

“Once she arrives in Perth she’s got 13 days there before the race.

“She’s a horse that loves travelling and seems to thrive in the warmer weather.

“She can have one nice gallop while she’s there and that should have her right.”

A decision whether stablemate Secret Vega makes the trip with Viddora for the Group Two WA Guineas on November 24 will be made later in the week.

Secret Vega finished third to Ringerdingding in the Listed Hilton Stakes at Flemington on Saturday.

Kennewell said the three-year-old was unlucky after being held up at a vital stage in the straight.

“The owner has left the decision up to me,” Kennewell said.

“He’s a horse that is a bit light in condition and I can see him being a really nice horse in the autumn.

“We’ll assess him later in the week whether he gets on the plane for the WA Guineas or goes to the paddock for the autumn.”