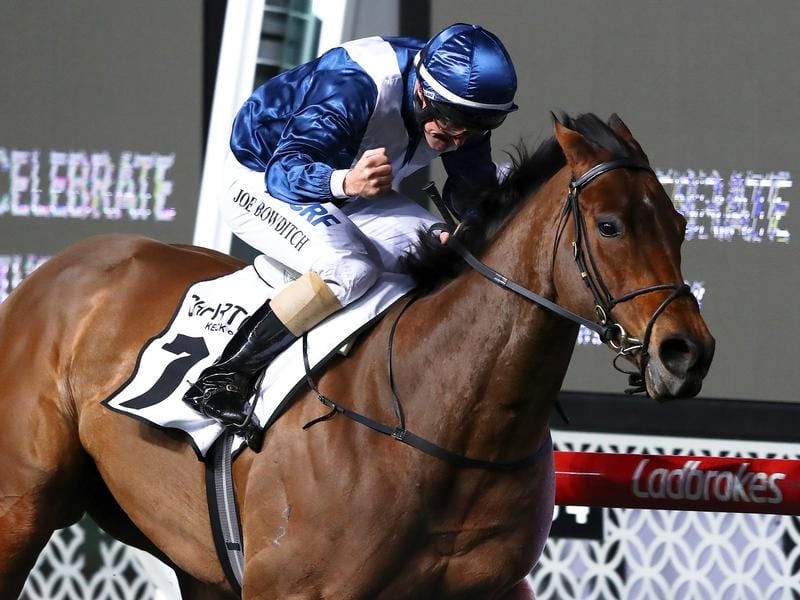 Viddora has fared best of three Australian horses in the Group One Al Quoz Sprint in Dubai when fourth behind Godolphin’s Blue Point.

The Charlie Appleby-trained Blue Point had to be withdrawn at the start before the 1200m-race last year, but set the record straight with what was ultimately an assured victory in the hands of William Buick.

Following the disappointment of 12 months ago, the five-year-old went on to win the King’s Stand at Royal Ascot and lined up for the Al Quoz on Saturday (Sunday AEDT) after successive wins at Meydan.

Blue Point was a little keen during the early stages and took a while to engage top gear once asked to go about his business.

The 4-6 favourite eventually reeled in 66-1 shot Belvoir Bay and was well on top at the line.

“He had to dig a little bit deeper tonight, but he did it,” Buick said.

“When he stretches out, he eats up the ground.”

Appleby said Blue Point would be given a break and be prepared for a defence of the King’s Stand.

The Kris Lees-trained Brave Smash finished eighth while the Peter Gelagotis-trained Illustrious Lad was 12th of the 13 runners in the Al Quoz.

Viddora’s trainer Lloyd Kennewell has indicated the mare will now head to Hong Kong for the Chairman’s Sprint and then Royal Ascot.

“So proud of our star mare Viddora to run a cracking 4th in a very fast run 1200 #AlQuozSprint . Thankyou to everyone for there (sic) support and messages and to all that helped get her here! Watch this space for her next run #worldtour” Kennewell Racing said on Twitter.