Viddora Firms For Winterbottom After Draw 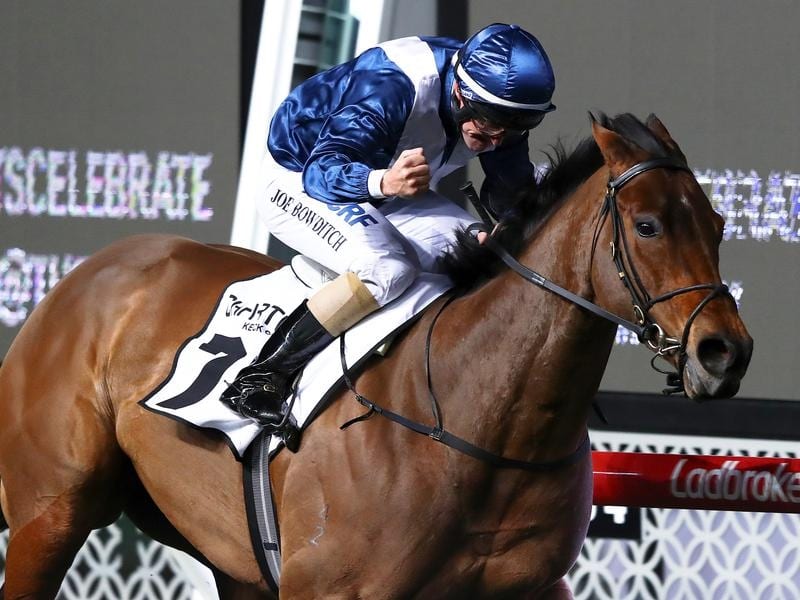 Viddora has drawn an inside barrier in her bid for successive wins in the Group One Winterbottom Stakes.

She scored from barrier seven last year in a breakthrough Group One win and is a warm favourite to make it back-to-back victories.

Bookmakers trimmed Viddora’s quote from $3 to $2.80 while Enticing Star remained steady as a $6 second favourite despite a wide draw.

Enticing Star will start from barrier 13 in the 15-horse field.

A five-year-old mare raced in the same interests as last week’s Group One Railway Stakes winner Galaxy Star, Enticing Star has been beaten once in nine starts.

That defeat came in the Group Two Lee Steere Stakes on November 10 when she finished out of placings.

It was later reported Enticing Star was in season.

Viddora is one of six interstate sprinters taking their place in the Winterbottom.

The best-performed among the horses who accompanied Viddora to Perth is Malaguerra.

Malaguerra won the VRC Sprint Classic in 2016 but was off the scene for almost a year until finishing down the course in the Manikato Stakes at Moonee Valley last month.

Trainer Peter Gelagotis will employ a gear chance on Malaguerra, using blinkers for the first time on the $1.7 million earner.