Victory At The Valley Would Be A Good Yarn 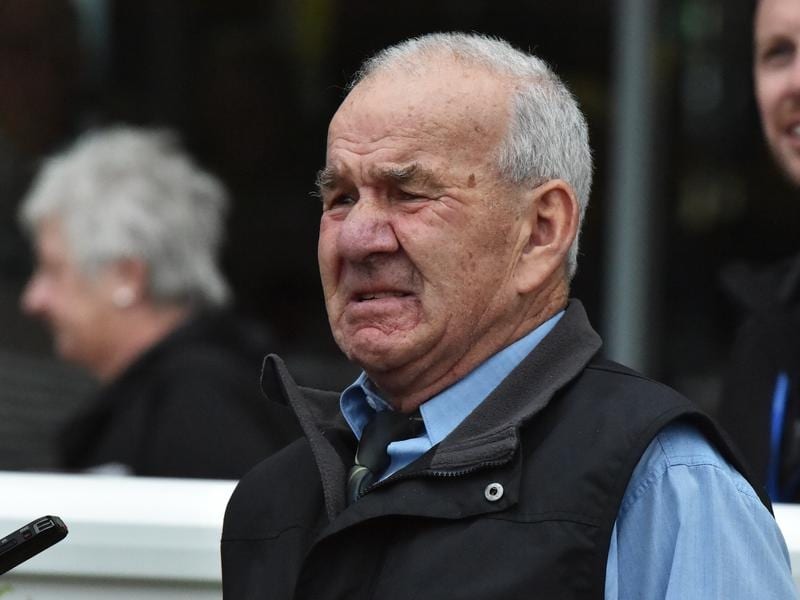 Veteran Warrnambool trainer Mervyn McKenzie collected a bonus prize when A Good Yarn won at Warrnambool which he hopes will parlay into something bigger at The Valley.

A Good Yarn collected just over $19,000 for his win at the Jericho Cup meeting at Warrnambool on December 1 along with a $25,000 bonus cheque.

McKenzie has had previous success at The Valley, including briefly having his hands on the keys of a new car courtesy of the 55 second challenge a few years ago.

Philanthropist Bill Gibbins put up the $25,000 Warrnambool prize for the trainer with the smallest stable to have a winner on the day.

“That was probably my biggest win the other day,” McKenzie said.

“I had another horse, a half-brother to A Good Yarn, King Cotton, who had us the car for a week at The Valley one night,” McKenzie said.

“He broke the track record and then Byron Cozamanis came out a week later and beat me,.

“He got the car and I didn’t, so that’s the closest I’ve been to a big prize.

“But he’s a good man that Bill Gibbins who put the money up. It was a nice little bonus and certainly came in handy.”

McKenzie said A Good Yarn had been unlucky in a couple of his attempts at The Valley over the 955m.

He finished second under John Allen three starts back then ran sixth before his Warrnambool victory.

“Brad Rawiller got off and said he made a mistake in holding him up that night,” McKenzie said.

“It’s not a bad field on Saturday and if everything stays the way it is we’ll be running.

“I’ll just poke along with him for the rest of the week, keep him happy, keep his mind fresh.

“He’s got a pretty good life. He lives in the paddock during the day and is boxed at night.”