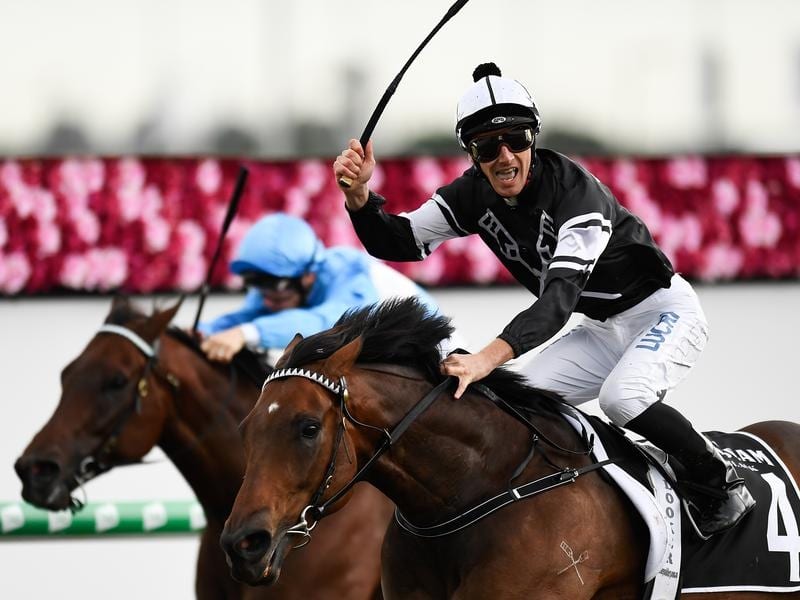 Port Macquarie trainer Jenny Graham was looking forward and not worried about what might have been after her gelding Victorem won the Listed Hinkler Handicap (1200m) at Eagle Farm.

Graham had been desperate to get a start with Victorem in the Group One Stradbroke Handicap on Saturday but he failed to make the field.

Instead, Graham ran him in the Hinkler and Victorem ($4.40) showed he would not have been out of place in the Stradbroke with his huge finish to beat Whypeeo ($14) by 1-1/2 lengths with a half length to Split Lip ($51) in third place.

Graham now has the $1.3 million The Kosciuszko, at Randwick in October, in mind for Victorem although she might give him one more run before a break, with the Healy Stakes on June 22 or the Glasshouse on June 29 the options.

“I was really keen to run him in the Stradbroke but that is in the past. I am just looking forward now and I think we have a very good horse on our hands,” she said.

“When he was back towards the tail I was worried he might miss a place and then I thought we might have got third.

“But he is some horse and as you saw he can finish very quickly.”

Top NSW Northern Rivers jockey Ben Looker made the trip to Brisbane for the one ride on Victorem who is his favourite horse.

“He is just great and I am very thankful the owners stuck with me,” Looker said.

Trainer Toby Edmonds was pleased with the run of Whypeeo who led to the shadows of the post.

“He probably just had be used a bit too much to get to the lead but it was a great run,” he said.

The favourite Noble Boy ($2) was never a winning chance and finished sixth.