Veteran sprinter leaves no room for excuses at Riccarton 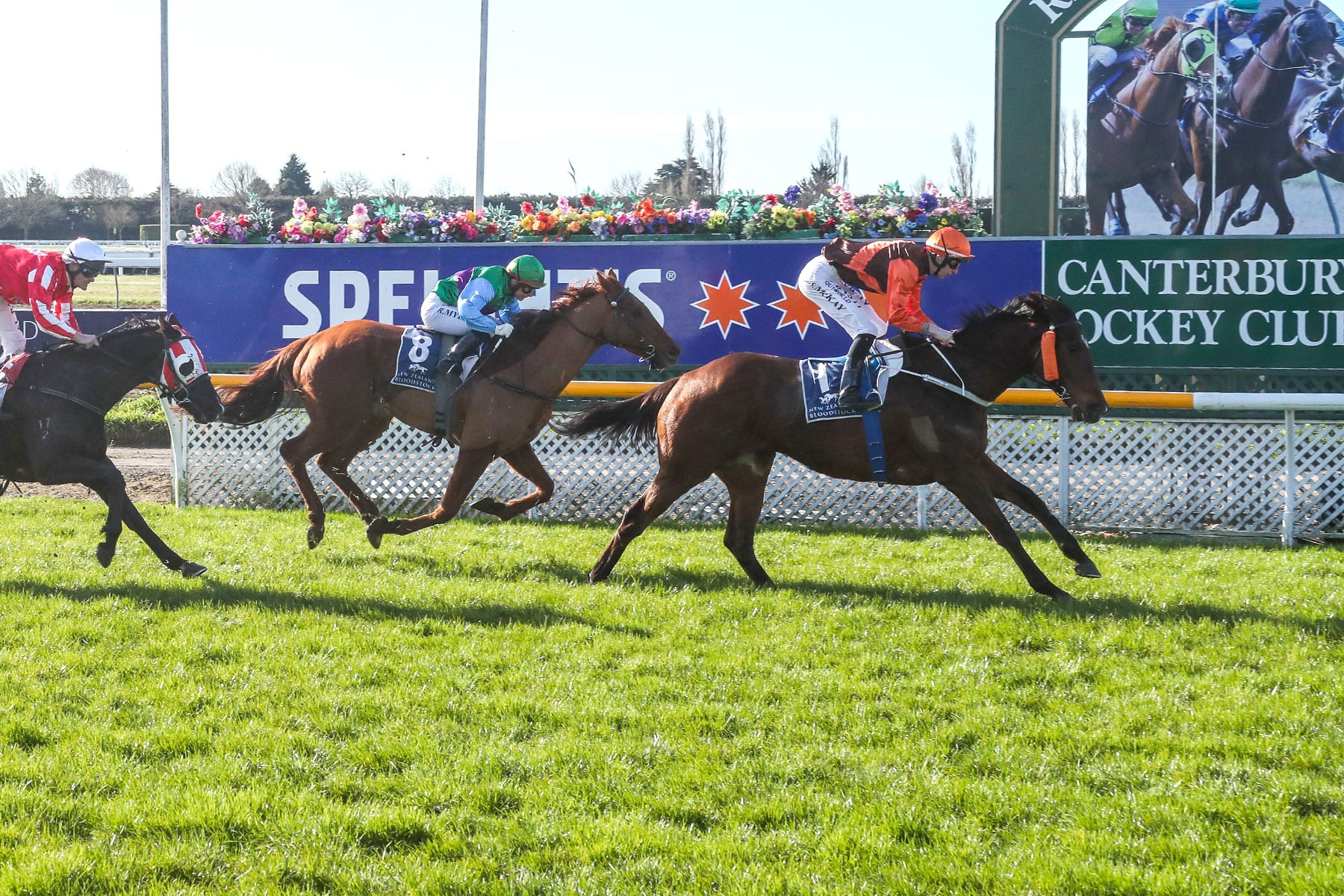 Evergreen sprinter Irish Excuse gave his rivals weight and a beating as he proved too tough in the closing stages of the Dyer Decorating Premier Sprint (1200m) at Riccarton on Saturday.

The Ellis Winsloe-trained nine-year-old relished the testing Heavy11 track conditions as he out-finished race favourite Tabard in the final stages to score by a neat length with local runner Dynamic charging home into third. Winsloe resisted the temptation to utilise an apprentice rider to provide some weight relief for his charge’s 60kg impost, instead favouring visiting North Island jockey Shaun McKay who repaid the faith in him with a gem of an effort.

McKay had Irish Excuse within striking distance throughout before guiding him into the middle of the track in the straight where he produced a dogged finish in the better footing, to nail down the victory. Winsloe was shaking his head in amazement as he waited for his stable favourite to return to the Riccarton birdcage after the race.
“He’s been a great horse, who has won 14 now and has never come down in the grades,” Winsloe said. “It was a great ride as Shaun is a good rider and he (Irish Excuse) was the horse to suit him. “I was getting a hard time for not putting a claimer on him but Sam Collett won on him fresh-up in a similar sort of race so we stuck with Shaun and forgot about the apprentice allowance.”

McKay, who was at Riccarton to take the ride on Central Districts raider She’s Poppy in the Group 3 Winning Edge Presentations 122nd Winter Cup (1600m) later in the day, was full of praise for his mount who has now won fourteen of his 67 career starts. “He’s a dude to ride who puts in 110 percent,” he said. “He (Winsloe) has done a terrific job to get the horse fit and for a horse who was carrying 60kgs to beat one carrying 53kgs, it’s a big effort.”