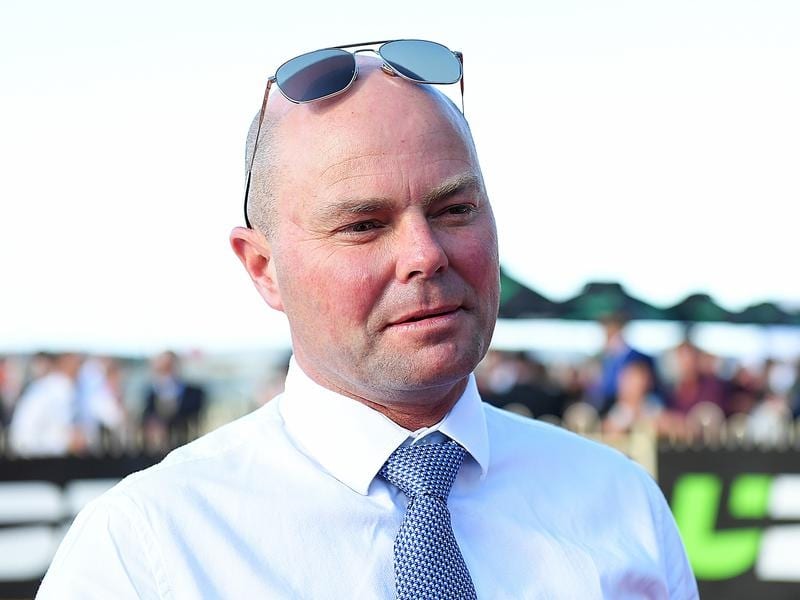 Matt Dunn has been given the task of teaching an old dog new tricks with the addition of former Victorian Petrology to his stable.

The seven-year-old will make his debut for Dunn in the Caloundra Automotive Open Handicap (1400m) at the Sunshine Coast on Saturday, his first attempt at racing clockwise at what will be his 52nd start.

The winner of the 2014 Sandown Guineas, Petrology has struggled to find his best form in the tough Melbourne arena in recent seasons with his last win coming at Moonee Valley almost 18 months ago.

“He was probably starting to tread water a bit and had found his mark in Melbourne,” Dunn said.

“He’s come up here to a completely different environment to what he’s used to and to give him a chance against some easier opposition.

“He hasn’t been with me for long, obviously, but from what I’ve seen of him he looks good.”

Dunn has inherited Petrology mid-campaign with the horse coming off an unplaced effort behind the promising Furrion at Caulfield in September.

He had a trial at the Gold Coast to ready him for his Queensland debut and Dunn has been happy with how the gelding has adapted.

“He seems to enjoy the way we do things and he’s worked strongly,” Dunn said.

“He will probably improve on what he does. It’s his first go this way.

“But it’s a decent drop in grade to what he’s been racing against. Melbourne is tough, even in the off season so he should fit in really well up here.”

Petrology will be one of three runners for Dunn at Caloundra with the trainer confirming Axella will take her place in the three-year-old Handicap despite a wide draw in 15.

He will also be represented by Aanvoerder in the final event and regards the mare as his best winning chance on the nine race card.

Punters believe Dunn can also make his mark at Rosehill on Saturday with Tristan De Angel the early favourite to score back-to-back wins in the TAB Highway Handicap (1400m).

“He’s had a month between runs, he likes the 1400 and on a track that will probably be soft at best he looks a really good chance,” Dunn said.