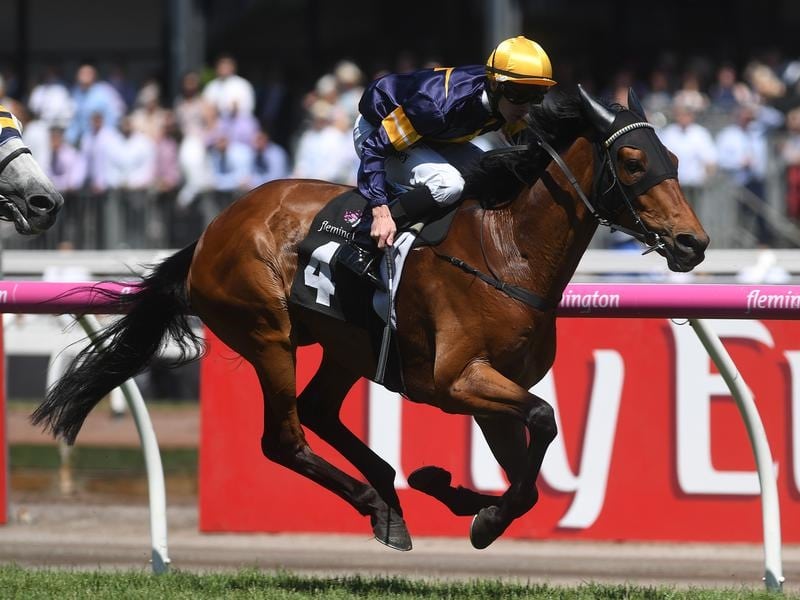 Trainer Mike Moroney has Caulfield Cup ambitions for Vengeur Masque but fears the stayer may fail to make the final field.

A poor draw in Saturday’s Naturalism Stakes at Caulfield hasn’t made the task to win a ballot exemption into the Caulfield Cup any easier.

The winner of Saturday’s race gets a free pass into the 2400m-handicap on October 20 with Vengeur Masque sitting 42nd in the entry order.

The Naturalism Stakes is part of Vengeur Masque’s lead-up to the Melbourne Cup, a race the stayer has missed the cut for in the past two years.

Vengeur Masque is in his third Melbourne spring preparation having arrived from France in 2016.

He missed that year’s Melbourne Cup when 25th in the entry order, falling into the same position last year.

“The first year it didn’t worry me but last year I was disappointed as I thought he’d run pretty well,” Moroney said.

“I think this year he’s even stronger again and hopefully it’s his year to run.”

Vengeur Masque is currently 36th on the order of entry.

“I think he’s weighted to make the Melbourne Cup field but the more difficult one is the Caulfield Cup,” Moroney said.

“It’d be nice to win (on Saturday) and get in the Caulfield Cup, but it will be pretty difficult for him to win from that barrier (14) especially with the class that’s in it and he hasn’t won short of a mile-and-a-half before.

“We’ll probably have to go back but we’re really happy with him and if there’s any speed on then he’s a chance in the race.”

Moroney said Vengeur Masque’s next run was likely to be in The Bart Cummings at Flemington on October 6 with the winner afforded a place in the Melbourne Cup.