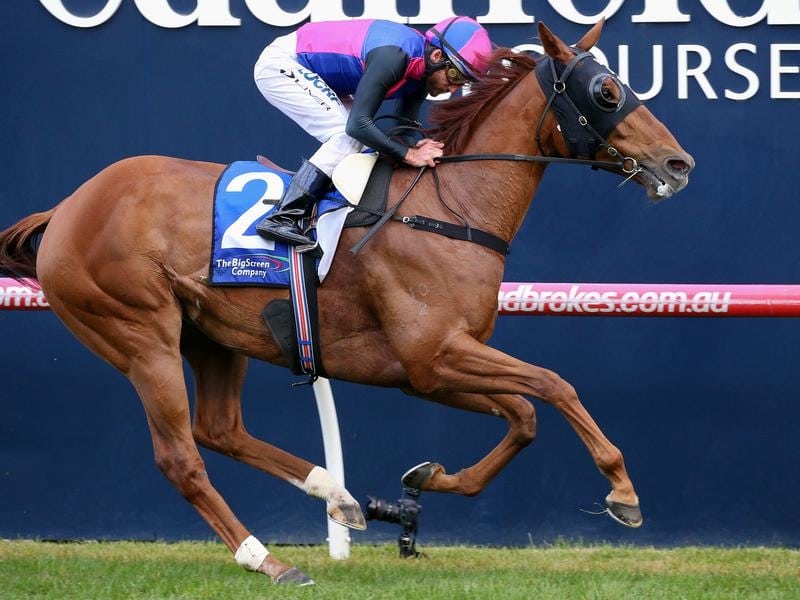 Vega Magic’s triumphant return in the Bletchingly Stakes has earned him a second shot at the $13 million Everest.

James Harron Bloodstock swooped on Sunday to secure the Lindsay Park-trained sprinter, a day after his dominant win in the Group Three Bletchingly at Caulfield.

Runner-up to Redzel, who ran for Harron’s Group in the Everest last year, Vega Magic is one of the last horses to gain a place with just two slots now remaining.

“We have been biding our time, waiting to secure a horse with the credentials to win the race time and importantly to see that they have returned in top form,” Harron said in a statement.

“Vega Magic was favourite for the race last year when running a great second and his return in the Bletchingly Stakes yesterday was that of a top-class sprinter at the top of his game.”

“We are delighted to secure him to run in our slot,” Harron said.

“Credit to Wally and George Daly for breeding such an outstanding sprinter, and to David Hayes and his team at Lindsay Park for getting this horse right back to his best yesterday.”

The remaining two slots are held by Greg Ingham’s GPI Racing and the Australian Turf Club.

Ingham is a partner in Chautauqua who must convince stewards he is willing to race after failing his fifth barrier test last Monday.

Nature Strip staked his claim for a place in the race with victory in Saturday’s Lightning at Morphettville.

Trainer Pat Webster is also keen to get popular gelding Happy Clapper in the race following his three Group One wins this season including the Canterbury Stakes in which he set a Randwick 1300m-record.

Happy Clapper is scheduled to run in a 900m-barrier trial at Randwick on Monday morning in the same heat as Showtime who is part-owned by GPI Racing.