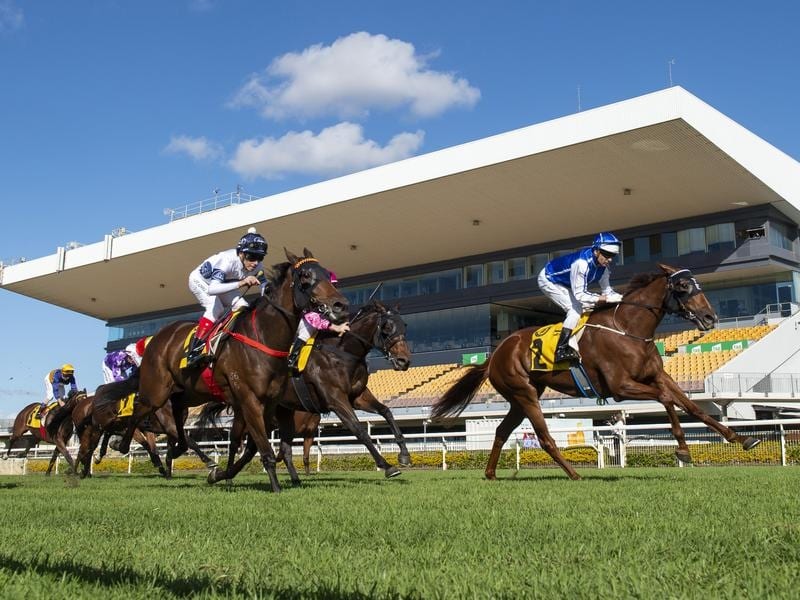 Jockey Brad Stewart was able to angle Vanna Girl ($3.20) over one off the fence from barrier 12 at the notoriously treacherous 1600m start.

At her previous start, Vanna Girl was ridden up on the pace before scoring a strong win in the Listed Daybreak Lover Stakes (1600m) two weeks ago.

Trainer Toby Edmonds said he had trained few horses which were as versatile as Vanna Girl.

Vanna Girl could have been running in the Queensland Oaks on Saturday but that race was scrapped for the winter.

Instead Edmonds has aimed her at The Roses to be run at Eagle Farm on Saturday week.

“She is looking for 2000m or further and she will probably go to The Roses. But to be frank I don’t really mind if she goes for a spell and gets ready for the spring,” Edmonds said.

“There are a lot of good races for her in the spring and I am really looking forward to it.”

Edmonds has had a great history with Vanna Girl’s family and won eight races with her half-sister Plucky Girl.

Stewart picked up the winning ride when Matt McGillivray was injured in a fall at the Sunshine Coast on Wednesday.