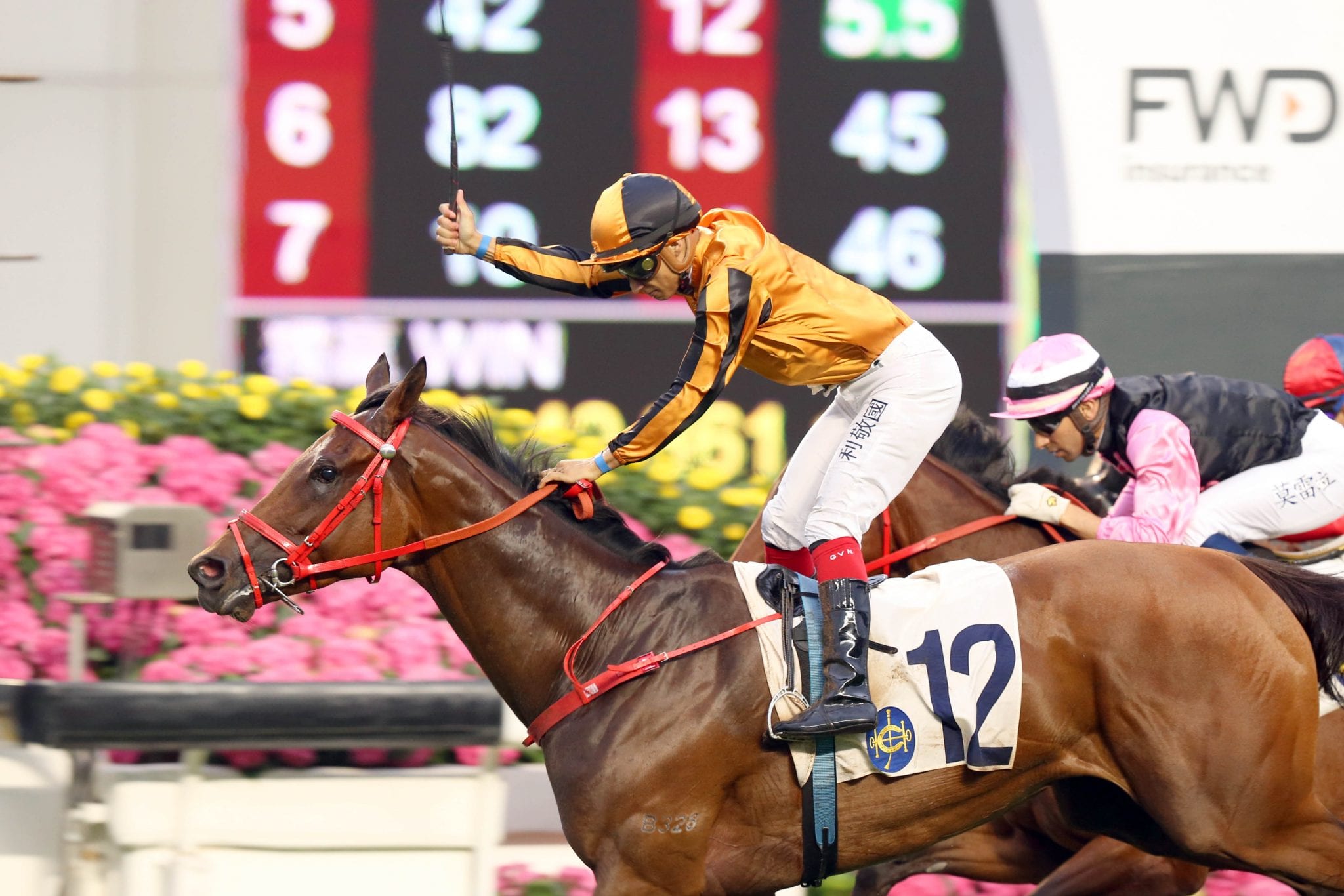 “I’m hoping I can have my first Group winner in Hong Kong,” the South African jockey said. “If you finish on a high like that you’ll come back next season with some confidence so I’m looking to finish strongly.”

Van Niekerk has tallied 26 wins this season, including five doubles, and the 27-year-old is hopeful that Flying Thunder’s late dash will seal another victory.

“He’s got a lovely turn-of-foot. It’s a smallish field this time so as long as he’s travelling comfortably with me he’ll have a good finish again,” he said.

Flying Thunder has won once from six outings. That success came with Van Niekerk in the saddle just two starts ago, when the gelding surged from the rear of the field to score an eye-catching half-length success.

The British import has clocked the fastest final sectional in both of his last two races. The son of Archipenko has rattled home from the rear but Van Niekerk admits that this could change with a small field and a good draw in gate three.

“He is a horse that doesn’t like to be pressurised early on; he doesn’t seem to enjoy it,” he said. “He showed that in his early couple of starts so I’ll just ride him with a little more confidence and hopefully they’ll go a decent pace for me.

“I’ll have him a little bit closer from that gate, I’ll try to have him as close as I can, depending on how the pace is run, and I’m pretty sure he’ll have a good kick.”

Flying Thunder carried 126lb to a half-length defeat last start but this time will shoulder bottom-weight of 113lb in the field of eight.

“He’s in good form,” trainer Frankie Lor said. “He’ll carry the light weight so I think that is better for him and 1400 metres is no problem.”

Flying Thunder is one of three horses currently racing in Hong Kong sired by the late Archipenko. The other two are the Group 1-winning siblings Time Warp and Glorious Forever.

Morethanlucky finished ninth in the Class 1 Hong Kong Macau Trophy last start and has since had a month off to refresh.

“I just gave him a break and he looks much better,” the trainer said.