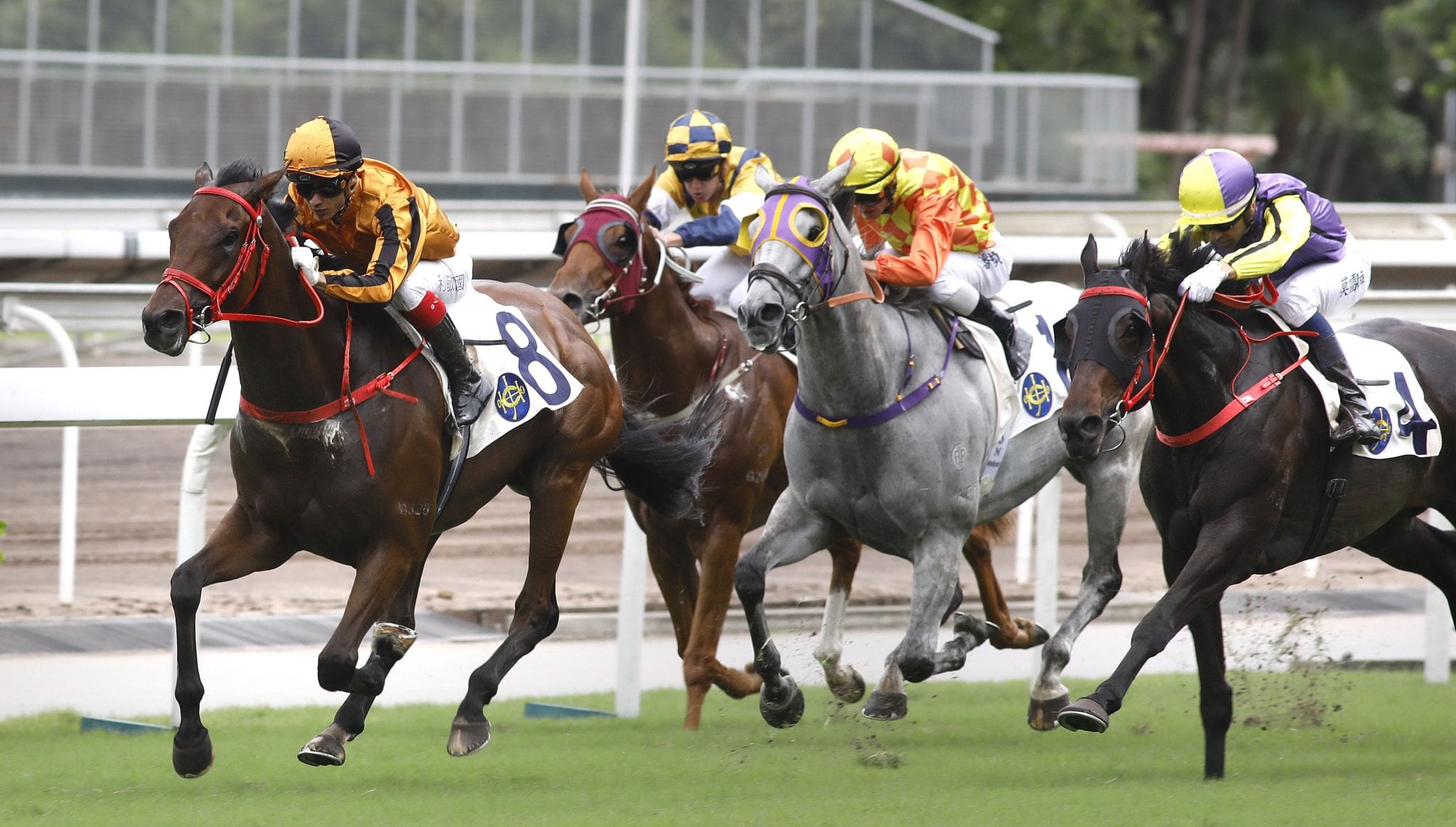 The rider has enjoyed a solid first season since arriving from South Africa last August and took his running tally to 28 on the promising Frankie Lor-trained gelding. That success delivered a double following success in the Class 5 opener on Nice Fandango.

“It’s very nice to get a Group winner,” Van Niekerk said of the 2/1 favourite. “He gave me a very nice feel: he’s a horse that is going places.

“When I won on him the first time he gave me a really nice feel and he’s followed up on that today so it’s great that he’s produced the result.”

Flying Thunder (114lb) settled fourth in the eight-runner contest as Styling City (118lb) took the field along. When the hulking grey Pingwu Spark (133lb) moved to the fore with 300m to race, Van Niekerk had already shifted out from the rail with his mount primed to strike.

The Archipenko gelding quickened to easily draw upsides Pingwu Spark and kept on past that spent rival to win by three quarters of a length from the running-on Time To Celebrate (122lb). The grey held on for third.

“He’s a funny type of horse,” Van Niekerk said. “He’s the type that will quicken really well to a point, he’ll quicken up to horses and then he won’t go and win by four or five lengths, he’ll just do enough for the race to be won.

“It’s a little bit of immaturity, I think, but as time goes on and he matures, the better he’ll get. It’s too early to say how high he might climb but he’s going about his business the right way.”

Flying Thunder arrived at the Lor stable in January 2018 with smart British juvenile form in the book, including fourth place in the Group 3 Horris Hill Stakes over 1400m. After a couple of runs to find his feet this term, the four-year-old posted two close-up seconds before a breakthrough win under Van Niekerk – that came two starts back over 1200m in Class 2 on FWD Champions Day.

“He had only a light weight today but I think he can keep on improving.”