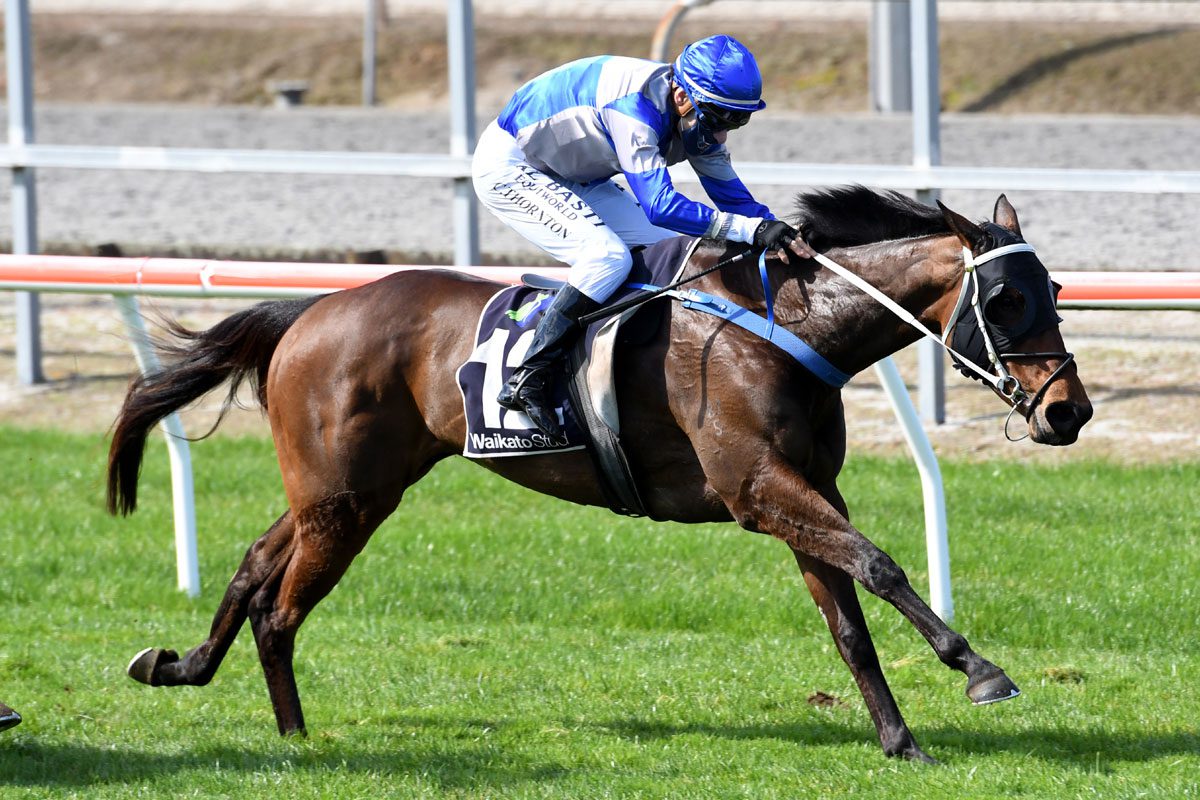 There weren’t too many people happier about entering COVID-19 Alert Level 3 on Wednesday than Maxim Van Lierde.

While many Kiwis were celebrating the easing of alert levels by heading to their favourite takeaway, Van Lierde was celebrating his first win as a trainer.

The Cambridge horseman cheered home Jakki Sparrow, who he owns in partnership with his wife Samantha, to victory in the A P Gollan Registered Valuers 1600 in the hands of veteran rider Craig Thornton.

While confident of a bold showing from his mare on Wednesday, Van Lierde was using the race more as a lead-in run to Te Aroha on Sunday where Jakki Sparrow is set to back-up in the Te Aroha Jockey Club Hurdle (3100m).

“We thought it was going to be a nice race for her ahead of a hurdle race on Sunday,” Van Lierde said.

“She has been bouncing out of her skin after missing a couple of races. We thought she could definitely run a place with a top rider on her like Craig.”

The daughter of ill-fated stallion Jakkalberry has long been a favourite in Van Lierde’s barn and he said it was very rewarding to get his first win with her.

“She is the first racehorse that we have persevered with,” he said. “We just haven’t been able to move her on because we love her so much, so today’s win was very rewarding.”

While still pencilled in to back-up on Sunday, Van Lierde said he will wait to see how Jakki Sparrow pulls up after the race before making any concrete decisions.

“We will just get her home and see how she comes through this. We are pretty happy with her and she doesn’t owe us anything,” he said.

Van Lierde has been around horses all of his life, competing from a young age in pony club, but his interest was piqued in racing when visiting Taranaki trainer John Wheeler’s barn as a child.

“I had no family involvement in racing whatsoever, but family friends of ours used to run the jockey house at John Wheelers, so we used to spend a lot of time there with friends when we were little and watched the horses go around,” he said.

“We rode as kids all through primary school and went to pony club. I didn’t actually get involved in racing until I was asked to ride work for Peter Lock at Te Rapa.

“I then spent a bit of time with Paul Nelson, that’s where my love for jumps racing started.”

A move north to Cambridge and the subsequent purchase of a property next to the Cambridge Jockey Club was the catalyst for Van Lierde to enter the training ranks a couple of seasons ago.

“My wife and I have our own property and we are lucky enough to be right next to the Cambridge Jockey Club,” he said.

Wednesday’s victory was a rewarding feeling for Van Lierde and wife Samantha, who work their team before heading off to their respective full-time jobs every day.

“I am a full-time farrier and my wife is a full-time showjumper,” Van Lierde said. “We do the racehorses in the morning together, so it was very rewarding to get the win with her (Jakki Sparrow) today.”