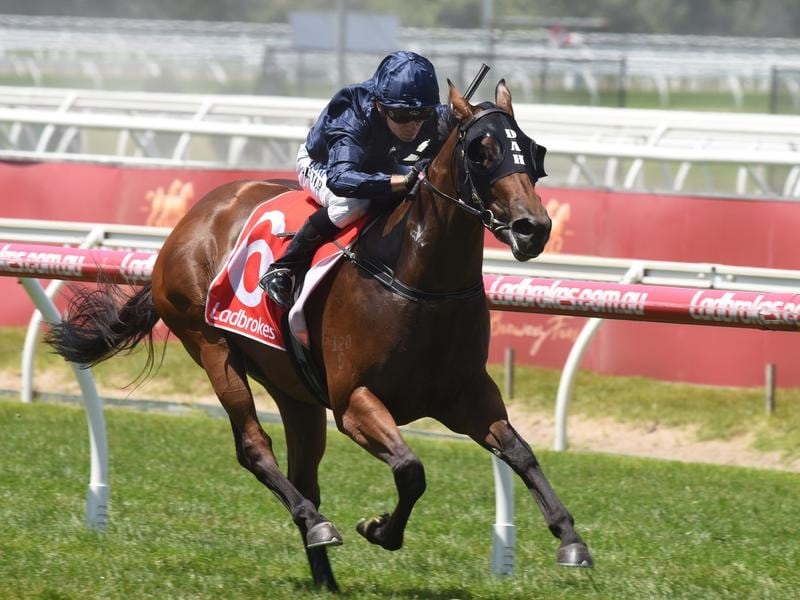 Lindsay Park’s Tom Dabernig expects Ennis Hill’s class to take her a long way in her return race at Moonee Valley despite the early season sprint being a stepping stone towards bigger targets.

Ennis Hill was a Group Three winner as a juvenile, taking out the Chairman’s Stakes (1000m) at Caulfield in February before starting second favourite when unplaced in the Group One Blue Diamond Stakes (1200m).

The speedy filly also finished out of the placings in two Group races in Sydney to end her two-year-old season but will be out to bounce back to winning form in her return from a spell on Saturday.

Ennis Hill has top weight of 58.5kg in the SAJ Fruits Handicap (1000m) for three-year-old fillies in a field of 14 which includes seven last-start winners.

“She seems to be going great,” Dabernig, who trains the filly in partnership with David and Ben Hayes, said.

“Her jump-outs have been good and I think the way she races, Moonee Valley should suit her because she always had very good speed.

“I think in a three-year-old fillies race she should be hard to beat. But sometimes off getting ready in winter they can take a race.”

While Ennis Hill has the Group-winning form on the board, some of her rivals could take a fitness advantage into the race having already had a start this preparation.

Ennis Hill was at $9 on Friday, with the Clinton McDonald-trained Causeway Girl the $3.60 favourite after winning a maiden by 7-1/2-lengths on debut at Murtoa last month.

The Chris Meagher-trained Pippie, a five-length winner on debut at Cranbourne, is also in contention on the third line of betting at $6.50 behind Godolphin filly Multaja ($5) who resumes after a debut win at Werribee in April.

“Sometimes horses who have had a race or two under their belt can be hard to knock off,” Dabernig said.

“With spring horses you like to have them ready but you don’t want to have them fully wound up at this stage because they’ve got a long spring ahead of them if they’re going well.

“I think with her class and everything she will be hard to beat, but she’s certainly not at her grand final.”

Ennis Hill’s stablemate Thine Is The Power has been scratched after drawing the outside barrier.