Valley Gallop For Sunlight Ahead Of G1 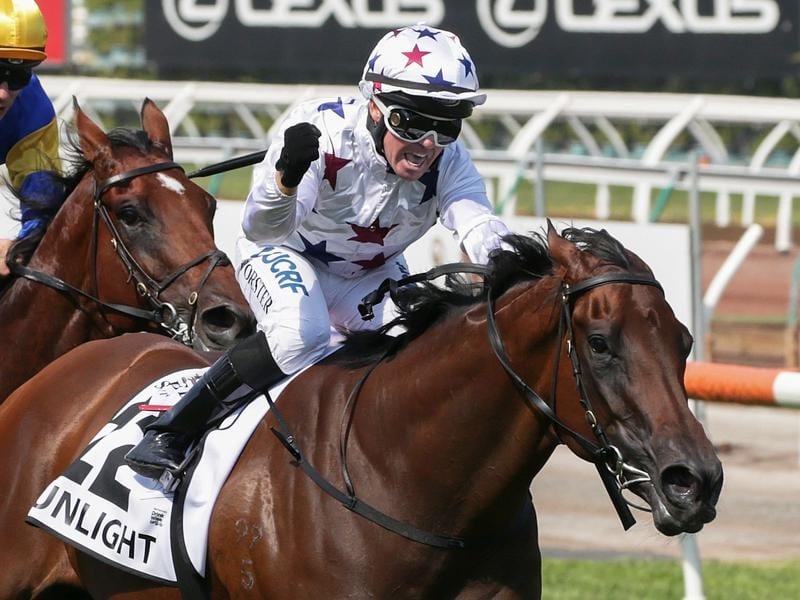 Trainer Tony McEvoy will give Sunlight another look at The Valley before the filly runs in the William Reid Stakes.

Sunlight is one of five potential runners in Friday night’s Group One 1200m-sprint who will work at the track on Monday morning.

The Peter Gelagotis-trained Malaguerra, the Ciaron Maher and David Eustace-trained pair Bons Away and Voodoo Lad and Embrace Me from the Danny O’Brien stable are also scheduled to work.

A last-start winner of the Newmarket Handicap when she led all the way at Flemington on March 9, Sunlight has had one previous start at The Valley when an unlucky seventh in the Manikato Stakes last October.

Sunlight came out eight days later to win the Coolmore Stud Stakes at Flemington on the opening day of the Melbourne Cup carnival.

McEvoy’s Melbourne foreman Michael Shepherdson said Monday’s gallop was to get her re-acquainted with the track.

Shepherdson blamed the lights for her slow beginning in the Manikato Stakes and is hoping for a cleaner start on Friday night.

“She doesn’t have too many chinks in her armour and that’s the only question mark on her, she’s got to jump under the lights again,” Shepherdson said.

“She made a mistake at the start and was a little further back than anticipated and then she had traffic issues.

“She probably has to jump a bit cleaner and she’ll make her own luck if she jumps clean.”

Sunlight is Sydney bound for the Group One TJ Smith Stakes during The Championships at Randwick and Shepherdson said Friday night’s race fitted her program.

“She’s come out of the Newmarket in top shape,” Shepherdson said.

“She’s probably at the stage of the prep now where she needs to run nearly every fortnight to keep the fitness up to her.

“She’s such a really good doing filly, very sound and happy and thriving on her racing.

“She’s like a colt, with a great appetite and how she copes with the pressures of Group One racing.”