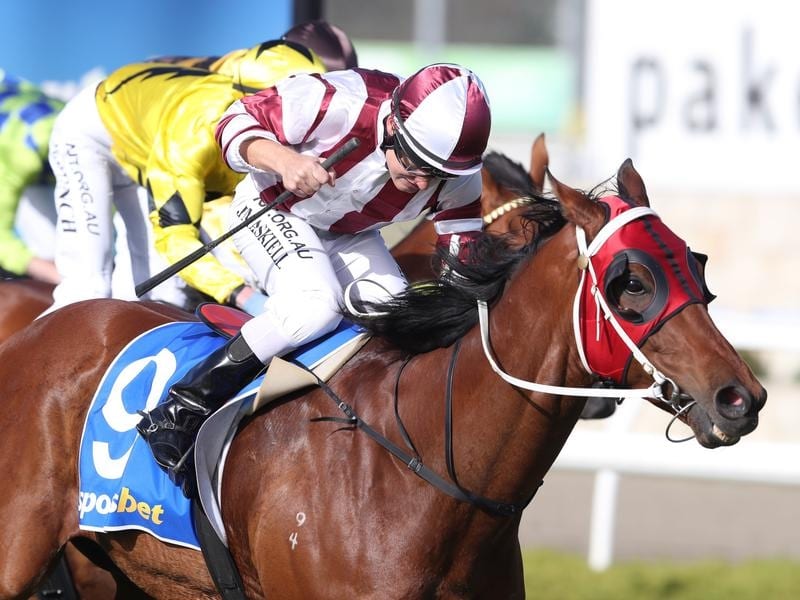 Maturity has helped Vainstream become a better traveller, which in turn has convinced trainer John Pascoe the time is right to seek a city victory at Flemington.

Vainstream landed a betting plunge when successful at Pakenham on December 7 and lines up again in the Festive Season Sprint (1000m) on Saturday.

Pascoe explained Vainstream had been a poor traveller earlier in his career which, on occasions, led to some below par performances.

Vainstream won his first two starts on his home track at Moe in late 2017 with the gelding’s remaining victories coming at Pakenham and Sale, both easy drives from Pascoe’s base.

“He’s been a handful in the float,” Pascoe said.

“He’s OK when we’re moving, but when we stop-start, stop-start at the traffic lights, that’s when he wants to get out.

“He then gets agitated and keeps building on it and he gets worse and worse as it goes on.”

To help keep Vainstream calm, Pascoe now travels the gelding with a mare for company.

Pascoe also said the trip to Flemington, while a good distance further than Pakenham, does not have the associated traffic snarls that plague his travel to several other tracks, at least until the final stages.

The easy travel combined with racing on a good surface resulted in Vainstream’s last-start win and connections had a nice collect with the horse firming from $16 to $7.50 when successful at Pakenham.

However the plunge almost came unstuck after Vainstream’s slow beginning for Jason Maskiell, who was also aboard for the horse’s previous unplaced effort at Moe when he did not handle the heavy track.

“Jason said he was going to win on the turn, but as soon as he straightened up the wheels started to spin and he was gone,” Pascoe said.

“If you look through his form, his best efforts have been on good tracks.

“On the barrier side of it he’s a lot better now.

“We have to hold his tail up to keep him focused, as when he jumps he drops his head and pulls the reins out of the jockey’s hands.

“He’s got a good turn of foot to come from behind, but he’s also got the ability to be on speed.”

Damien Oliver takes over the reins on Vainstream at Flemington.