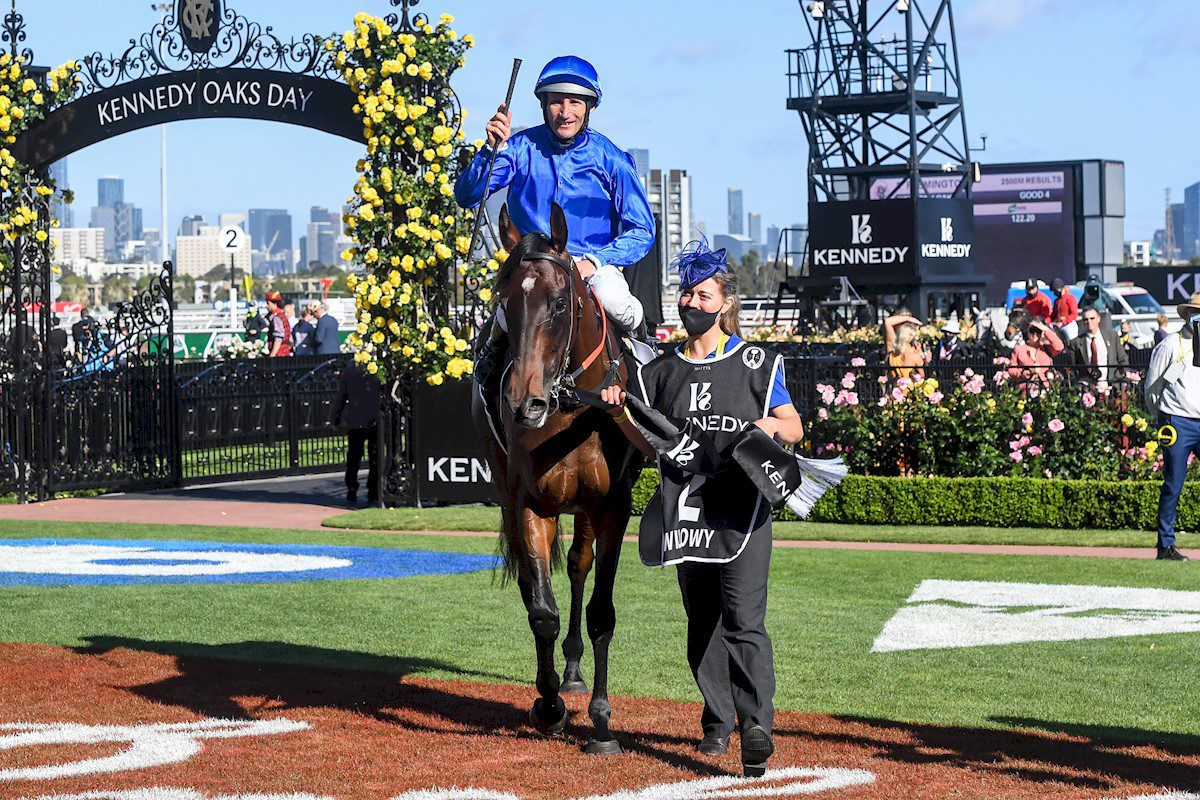 James Cummings and Damien Oliver combined for their second Group 1 success this Melbourne Cup Carnival as Willowy claimed the VRC Oaks (2500m) on Thursday at Flemington.

Having won the Wakeful Stakes on Saturday, the daughter of Kermadec became the 38th filly to complete the double in the same week, while the victory also gave Oliver his seventh win in the race.

After settling midfield, Willowy had to really knuckle down to the task late to get past Douceur, who looked home at the 100m pole, but the champion hoop lifted his mount over the line to win by two-tenths of a length.

“I thought the second horse had us cold inside the 200m,” Oliver told Racing.com.

“I tried everything – maybe I took the roaring to another level, I don’t know, but fortunately she responded well for us.

“I can take some credit, but I’m sure the team – James and the Godolphin team here in Melbourne – they gotta take a lot of credit too.”

The win was Oliver’s third VRC Oaks in a row and his 126th career Group 1 success, with latter achievement putting him on level terms with the late George Moore, while he now has seven Oaks wins, which is the same amount as Bobbie Lewis.

“I mean, George Moore, Roy Higgins – they’re iconic figures in our sport and it’s quite amazing to be sharing records with those sort of guys, and Bobbie Lewis as well, so I’m pretty proud of the record I have.

“A fantastic journey over the years and there’s been a lot of good people around to help us too, so it’s nice to get a great result here on Oaks Day.”

Oliver will be sidelined on Stakes Day this weekend due to a suspension he picked up in the Melbourne Cup aboard Delphi, who eventually finished seventh.

The West Australian was suspended for three metropolitan and eight provincial meetings with the penalty to commence after Oaks Day.