Unforgotten To Take On Winx In George Main 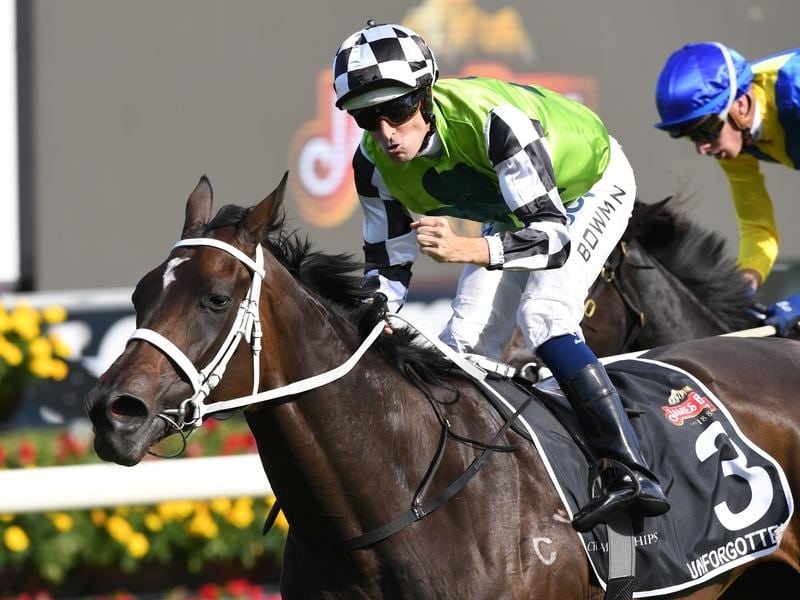 The horse many predict will be the next champion to emerge from the Chris Waller stable will face what appears to be certain defeat when she goes up against her illustrious stablemate Winx in the George Main Stakes.

Waller has confirmed Australian Oaks winner Unforgotten will run in Saturday’s 1600m Group One race at Randwick rather than head to Melbourne for the Makybe Diva Stakes over the same distance at Flemington.

The trainer says he is aiming Unforgotten at the Epsom Handicap on September 29, the race Winx won in 2015 before her first of three Cox Plates.

“Following careful consideration, it has been decided that Unforgotten will be targeted towards the Epsom Handicap on September 20 before considering options available to her in Melbourne,” Waller said.

“At this stage she is unlikely to feature in the 2018 Caulfield Cup however further assessment will be made following her Epsom start. She has come through her stunning win in the Chelmsford Stakes in excellent order.”

Unforgotten and the Kris Lees-trained Le Romain are on the second line of the TAB’s market for the George Main at $15 with Winx at $1.10 to claim her third win in the race.

She is aiming to win her 27th consecutive race and her 20th at Group One level.

Her shortest price during her winning streak so far has been $1.08 in the 2016 George Main.

“She could well eclipse that this week with more than 99 per cent of the hold so far on the great mare,” TAB’s Gerard Middleton said.

Caulfield and Melbourne Cups-bound Ace High ($23), from the David Payne stable and Godolphin’s It’s Somewhat ($81) make up the field.

“It’s Somewhat is probably going to need another run over the mile here. I think that will set him up nicely for the remainder of his campaign,” trainer James Cummings said.

“He has come out of his first-up run in good shape and I think if he settles within his comfort zone it will give him a better opportunity to finish off that little bit harder.”