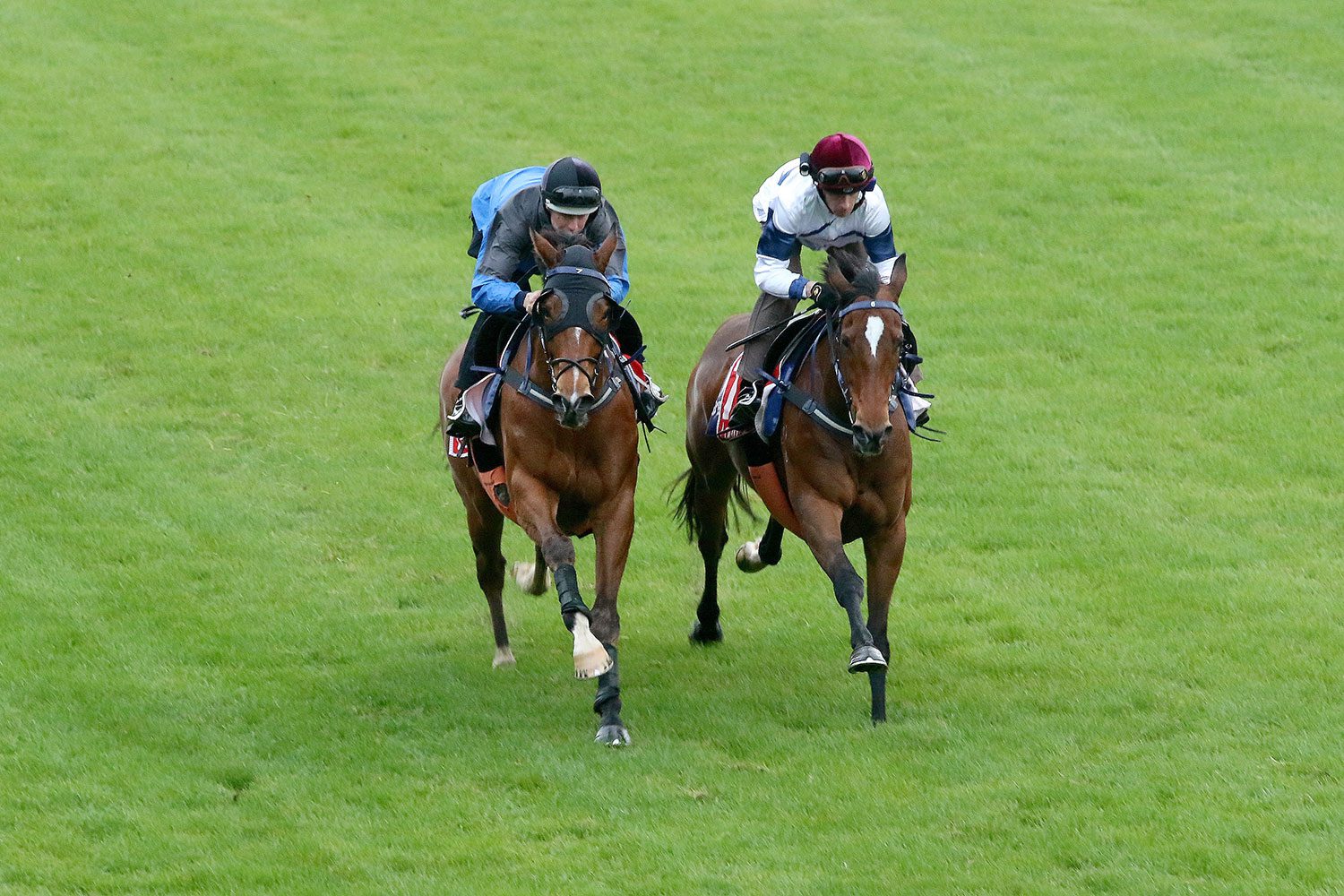 The versatile son of Atlante won the Group 1 Tarzino Trophy (1400m) when leading throughout and followed up with victory in the Group 1 Windsor Park Plate (1600m) when sitting off pacemaker Tappy’s One.

A horse that usually settles just off the speed, a lack of obvious front-runners in the likely field for Australasia’s weight-for-age championship does put the five-year-old gelding in contention for the role, but Bary’s preference is to take a sit.

“The only reason he led in the Tarzino was because he had a wide draw and had four of them kicking up underneath him so he had to keep going forward,” Bary said.

“There’s a couple of three-year-olds there in Anamoe and Captivant and often one of those with the light weight tries to run along, and I don’t think they’ll hold Zaaki up this time. I’d prefer him not to lead. I’d prefer to be sitting in the one-one, getting a drag along.”

Callsign Mav arrived in Australia last Wednesday and moved into the stable of Danny O’Brien, who will take over his training after the Cox Plate.

“He cantered around Moonee Valley on Saturday in company with Miami Bound and has settled in well,” Bary said.

Bary knows what it’s like to have a Cox Plate contender, having prepared leading hope Jimmy Choux to finish a brave second in 2011 behind Pinker Pinker, who prevailed under a rails-hugging ride.

A natural media performer, Bary will watch the race from his Hawke’s Bay base due to COVID-19 restrictions, a far cry from the fanfare and cauldron-like atmosphere he experienced a decade earlier.

With few distractions, Bary’s sole focus in the build-up to the Cox Plate is his horse, albeit training remotely.

“The information and videos we get now are amazing, whether it is from the O’Brien stable or Moonee Valley, it’s great,” Bary said.

“All I can worry about is the horse, and he’s fit and well.”

Unlike Jimmy Choux, who was a headline horse throughout his three-year-old and four-year-old career, for a triple Group One winner Callsign Mav has always been somewhat under the radar.

A +3300-outsider, Bary isn’t fazed, with his charge having upset the applecart before.

Callsign Mav paid +8160 when winning last season’s Group 1 Tarzino Trophy (1400m), an incredible price for a horse who has now finished top three in 15 of his 19 starts.

“He’s done it all his career. He’s never attracted the massive attention, whether here in New Zealand or anywhere, but it never worries me, because who cares. All I worry about is my horse,” Bary said.

“He can’t read a newspaper and he doesn’t have a TV in his box so it doesn’t matter what anybody says. It just comes to being fit and well and if he’s good enough, they’ll know he’s there, and if he’s not good enough, we’ll find the level that suits him.”

Luke Nolen will take the ride on Callsign Mav on Saturday, a fitting pairing given neither horse nor rider have attracted much fanfare in spite of their successful CVs.

While Bary will hand over the title of trainer of the hardy galloper after Saturday, he remains in the ownership, with the gelding largely owned in Australia through a syndicate that includes retired Group One jockey-turned-real estate agent Stephen Baster.

With Cox Plate favourite Zaaki being beaten at his last start the race has a more open feel than it did a few weeks ago and Bary said Callsign Mav deserved his chance.

“It’s a very, very even Cox Plate, I think, especially after Zaaki was rolled,” Bary said.

“He will run on any track, he will run 2000m without a problem, and his style of racing suits the Valley – he can soak up pressure. We’ll find out if the top of his game is good enough or not.”