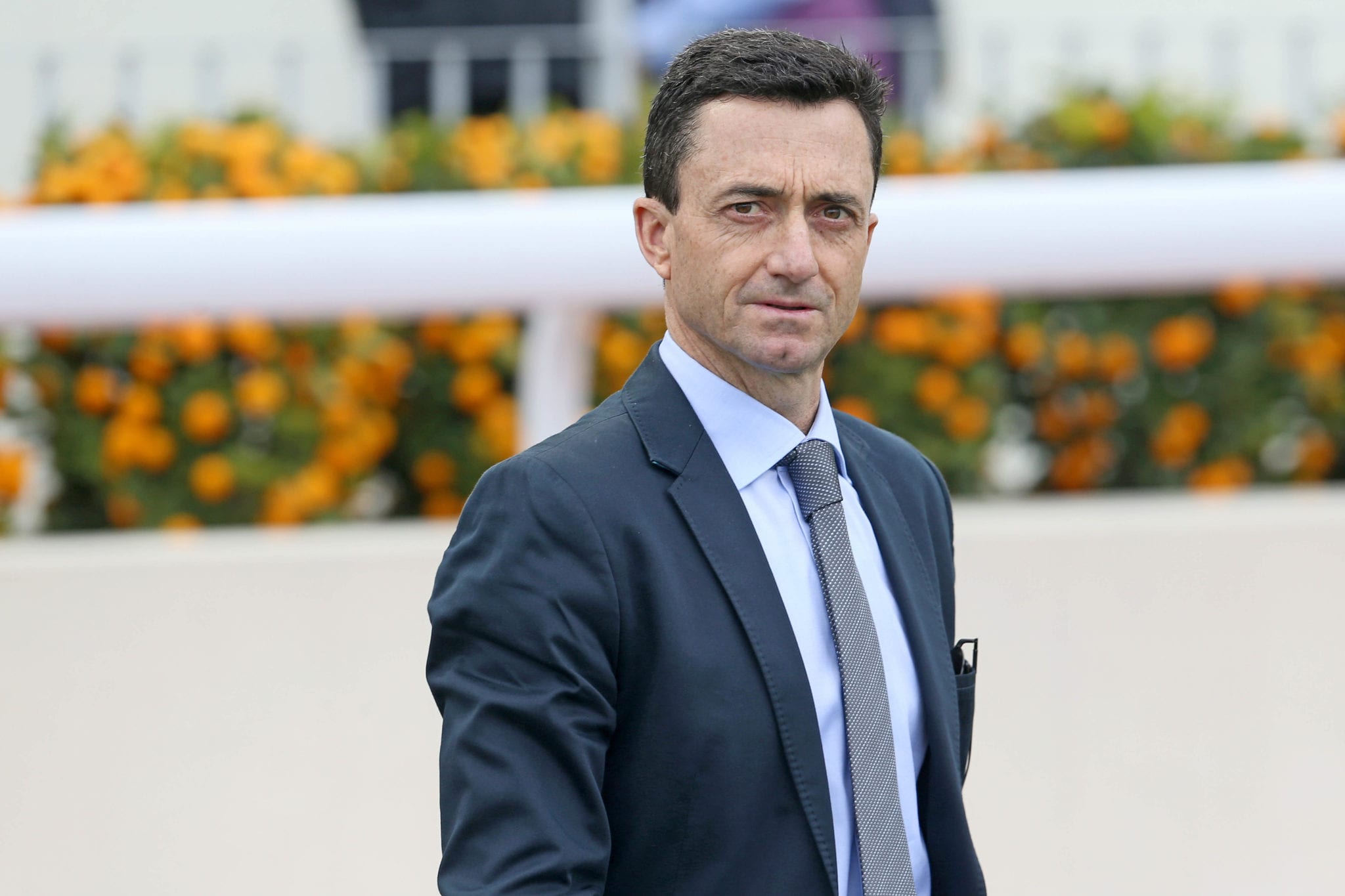 Uncle Steve (123lb) is aiming to put a season-slowing injury setback behind him when he steps up to 1800m for the first time in his Hong Kong career in Sunday’s (17 May) Class 2 Hoi Ha Handicap at Sha Tin.

The Dabirsim gelding won first-up this campaign for trainer Douglas Whyte after transferring from the John Moore stable, but a next-day examination revealed damage to his off-fore hoof and he has since struggled to find his groove.

“He lost a bit of form during the mid-part of the season through a quarter crack and he’s had to get his confidence back and get over that but slowly and surely he has and the writing was on the wall last time,” Whyte said.

Uncle Steve’s foot issue meant that he was out of action from early October until mid-February. He was well-beaten in three runs before an eye-catching third over a mile in late April suggested the two-time winner might be back on track for more success.

The five-year-old was sent around as a +12000 chance and settled out the back of the field but managed to defy the market for a fast-finishing third behind stablemate General’s Delight on the FWD Champions Day undercard.

“I did expect him to return to form, the betting didn’t though – I think he was way over the odds. I put him on the turf a couple of days before that run and he was back on song; he seems to have carried the form out of that run nicely, he’s working well at home and he’s shown me he’s back on song,” Whyte said.

The gelding arrived in Hong Kong as a one-time winner at Beverley over 1691m after racing four times in Britain for David Simcock.

Chad Schofield will be in the plate for the first time on Sunday. The jockey has 36 wins to his name this season, two wins short of his personal best.

“We’re stepping up to 1800 (metres) this time but hopefully Chad (Schofield) can get a nice soft run on him and put him to sleep somewhere midfield or worse so then he can attack the line,” Whyte said.

Schofield said: “He’s obviously a horse who has shown good ability, his run last start was very strong, he closed off really well and the step up in trip looks ideal and he has a good draw.”

Also representing Whyte is Thinkin’ Big (125lb) who returns after finishing down the track in an ambitious tilt at the Group 1 FWD Champions Mile behind Southern Legend.

“He works well enough in the mornings and I think he ran with a bit of credit in the Champions Mile – he was way out of his league but he put himself in the race and he looked like he stayed on,” Whyte said.

The High Chaparral gelding was a fairly high-profile import to Hong Kong with two Group 3 wins in Australia as well as a Group 1 placing in the Spring Champion Stakes (2000m) at Randwick.

But since his arrival, the four-year-old, a winner at 1800m and 2000m, has also had soundness issues and suffered a suspensory injury in September.

“He feels like he has come out of that race well and benefitted from the run, he was off the track for a long time and injury prone so let’s give him the benefit of the doubt,” Whyte said.

“I’ve brought him back as quietly and gently as possible. He’s a really big individual who probably needs a bit of mileage in his legs to get him to where he has to be but he’s getting there slowly and I couldn’t be happier with the way he’s going.”

Jerry Chau will be in the plate. The young apprentice bagged a double on debut last Saturday from only four rides and goes into Sunday’s 10-race programme with nine rides.

“Butterfield is doing ok; the 1600 (metres) is maybe too short for him, 1800 (metres) is his trip; he won over this distance four starts ago so hopefully he can run good,” Shum said.

“Top weight is a bit of a concern but Joao (Moreira) is on – he’s working well and he’s a happy horse.”

The Michael Chang-trained President’s Choice (118lb) will shoot for a hat-trick of wins this Sunday as he contests the Class 3 Pak Sha O Handicap (1200m) against fellow emerging talent, and one who has already tallied three in a row, the Whyte-trained Inner Flame (127lb).

Since his arrival to Hong Kong, the Redoute’s Choice gelding has bagged two wins from only four starts and a 13-points ratings rise in the process. But this time he faces Class 3 for the first time.

“Going up in class now, with a light weight, it will be difficult but it will definitely give him a chance, going up in class is always a tough test for them,” Teetan said.

The four-year-old has drawn wide his last two starts, though this time will break from gate one.

“I think he likes to be ridden just where he is comfortable, he’s not the biggest horse so he can’t be chasing them around or doing all of the hard work because he won’t be able to handle it,” Teetan said.

“He’s only a young horse and a small horse, so next season he’s going to be even better. On Sunday we’ll know where we are with him – whether we need to step up him further. It’s going to be a good test for him, with the light weight and good draw.”

Whyte’s Inner Flame is looking to put behind him a minor barrier mishap, which cost him a record of four consecutive wins. That reversal also ended his unbeaten status.

“I gave him a break and it’s taken me a while to get him back on song but both of his trials since then have been pleasing,” Whyte said.

“I think he’s his own worst enemy; he wants to get in the gates but he doesn’t want to hurt you he just wants to get out and do his job, he’s a pure athlete,” Whyte said.