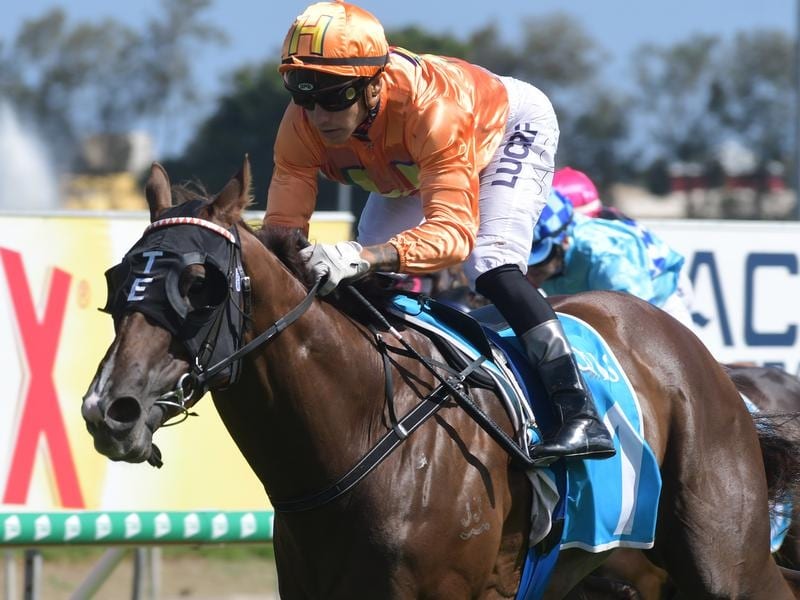 Class told when Tyzone gave trainer Toby Edmonds a treble for the day with a runaway win at the Gold Coast.

Tyzone ($3) had been unlucky in stakes company at his previous three starts but had no worries on Saturday charging home to beat Mogador ($13) by two lengths with 1-3/4 lengths to Impregnable ($2.90).

It was the 14th win from 27 starts for Tyzone who has done much of his racing in north Queensland.

His owner Tom Hedley, who is from one of Queensland’s most famous racing families, made the trip from Townsville to see Tyzone win.

Edmonds said it had given him a special buzz for Tyzone to win because things hadn’t gone his way this campaign.

“But he was unlucky in stakes races like the Eye Liner Stakes and the Ramornine Hcp last campaign and this time in three stakes races not much has gone right,” Edmonds said.

“To have Tom here to watch was also something special.”

Edmonds said Tyzone would race on with a return to stakes races in mind.

“I must pay tribute to Jag (Guthmann Chester) for his ride. I don’t use him often because he can’t ride much work for me with other commitments,” Edmonds said.

“But he is a class apprentice and his claim proved in valuable today.”

Edmonds had won earlier in the day with Acqume and Evolo.