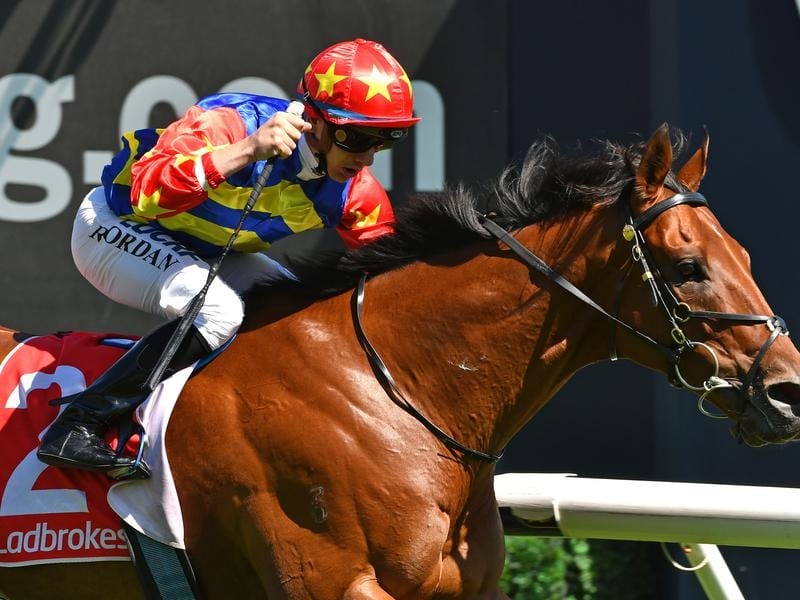 Last-start winner Rock ‘n’ Gold is set to race at Flemington on Chester Manifold Stakes day but which event he contests is yet to be decided.

The gelding is nominated for the Listed Chester Manifold (1400m) and the 1600m open handicap with acceptances to be taken on Wednesday morning.

“We will have a chat tonight and decide what we want to do,” Simon Zahra, who trains in partnership with Mathew Ellerton, said.

Rock ‘n’ Gold was narrowly beaten over 1410m at Flemington two starts ago by Chamois Road before he went to Caulfield on December 26 and won impressively over 1400m.

Zahra was pleased with the Caulfield win but said the eight-year-old gelding had to have an easy time for the week after that race because he jarred up.

“That’s probably something that might sway us to go to the 1400,” he said.

“We couldn’t do much with him for the first week. He loves the firm tracks but he did pull up a bit average.

“He ran pretty quick sectionals and those older horses, a bit like us, don’t pull up as good as they used to.

“But he is in good order now and has worked well.

“Over the 1400 or the mile they just go a slower tempo and he can use his turn of foot.”

Zahra said they had been keen to get Rock ‘n’ Gold to 1400m and possibly 1600m this time in having primarily raced the gelding over shorter distances in recent seasons.

“He’s a bit older and he’s actually relaxing a lot better,” he said.

“When he got to the front the other day he just pricked his ears, he was breathing well and he had a great turn of foot.”

Rock ‘n’ Gold is one of 18 nominations for the Chester Manifold Stakes while the 1600m-race has 14 nominations.